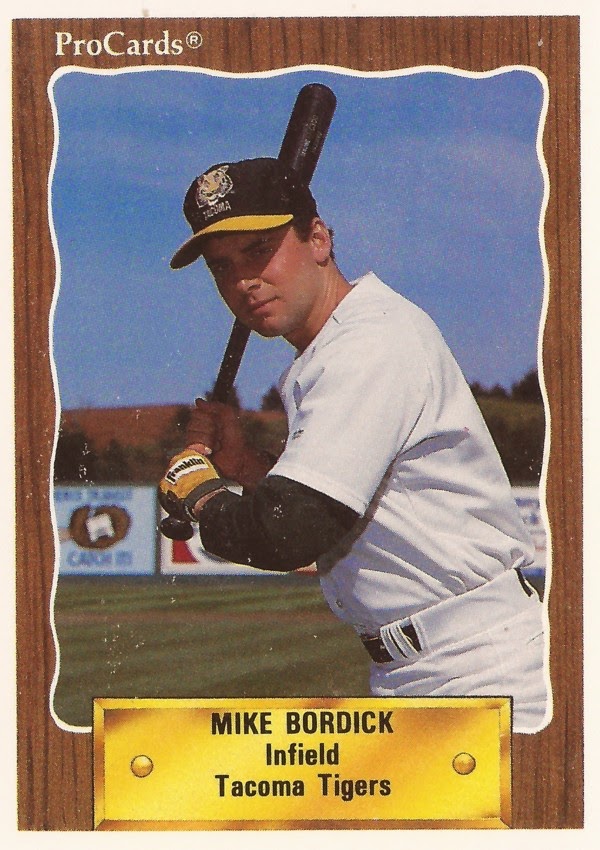 Mike Bordick played his second year as a pro with single-A Modesto and he quickly impressed, according to his hometown Bangor Daily News.

That June in 1987, his manager Tommie Reynolds called him outstanding.

"I can't say enough about the kid," Reynolds told The Daily News. "He's been great. He works hard every day and takes his practices like they're games. With that kind of work habit, he can do nothing but improve."

Bordick's career began in 1986, signed by the Athletics as an undrafted free agent out of the University of Maine.

That October, he had a chance to play in the postseason. Bordick told his hometown Bangor Daily News that he believed he was ready to play.

"I'm definitely ready," Bordick told The Daily News. "I think I'll just have to keep my sights straight on the game and not get carried away in all the hoopla. I can't be overly awed. I've got to stay in the game (mentally)."

Bordick ended up getting into three World Series games, each time as a defensive replacement. He then returned to Oakland for 1991 and got more regular time.

"It feels great. It's a big thrill to see my name up there," Bordick told The Daily News then. "Hopefully, it'll last a little big longer up there. It helps my confidence, too."

"I've always taken the approach of trying to improve myself everyday," Bordick told The Associated Press after a hot start in April. "It doesn't matter what you've done in the past."

That fall, Bordick made the World Series with the Mets. He went 1 for 8.