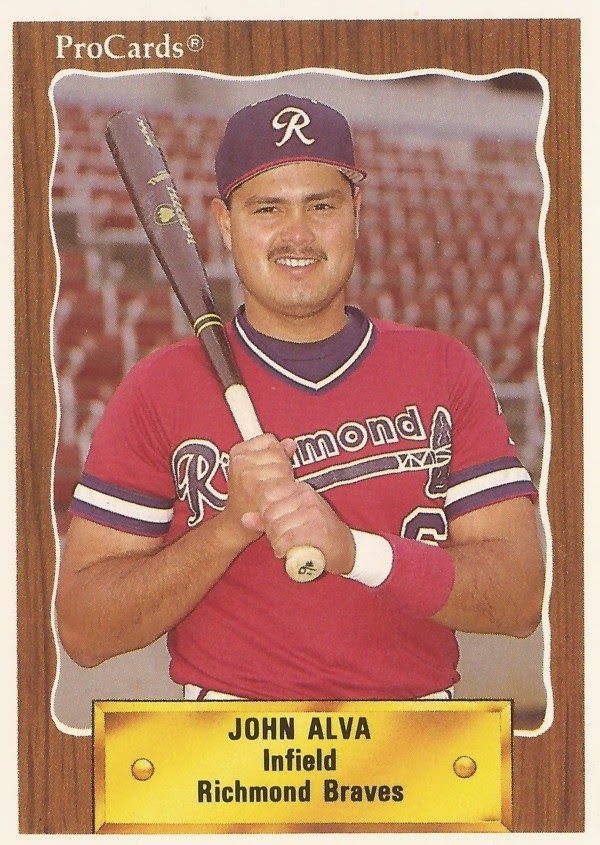 Life in minor league baseball, or even college ball can be fleeting. So perhaps George Arias, third basemen on tiny Pima Community College's entrant into the 1992 Junior College World Series, could be forgiven.

Asked by an Arizona Daily Star columnist about the previous series entrant, the 1985 Pima squad, and a particular player, John Alva, Arias drew a blank.

"John Alva?" Arias asked The Daily Star columnist. "No. I don't know who he is."

Alva helped Pima Community College to the championship game in 1985. He then promptly signed with the Braves, with a $45,000 signing bonus, according to The Daily Star. He had been drafted in the January draft, taken in the first round.

But his professional career would be undistinguished, playing in seven minor league seasons. His bat, though, never caught on and he never made the majors.

Alva played 1985 at rookie league Pulaski, 1986 at single A Sumter, hitting .227 at both. Despite his low average, Alva made the South Atlantic League All Star team as the starting shortstop.

At Richmond, Alva helped his team to a 10th-inning April win with a sacrifice that resulted in a wild throw. He doubled in June to help the Richmond Braves to a 6-0 victory, one in which Kent Mercker fanned 12. But he also couldn't handle a May bounce that led to a Richmond loss to Louisville.

"You've got to have a little luck in this game sometimes," Louisville manager Gaylen Pitts said in a wire account of the May bounce.

By 1991, Alva was still between AA Greenville and AAA Richmond. He helped start a May rally to beat Scranton. But it was Alva's final year in pro baseball.

Alva was out by the time Arias' Pima team had its success. And Arias would end up having more professional success than Alva, spending parts of four seasons in the majors with the Angels and the Padres.