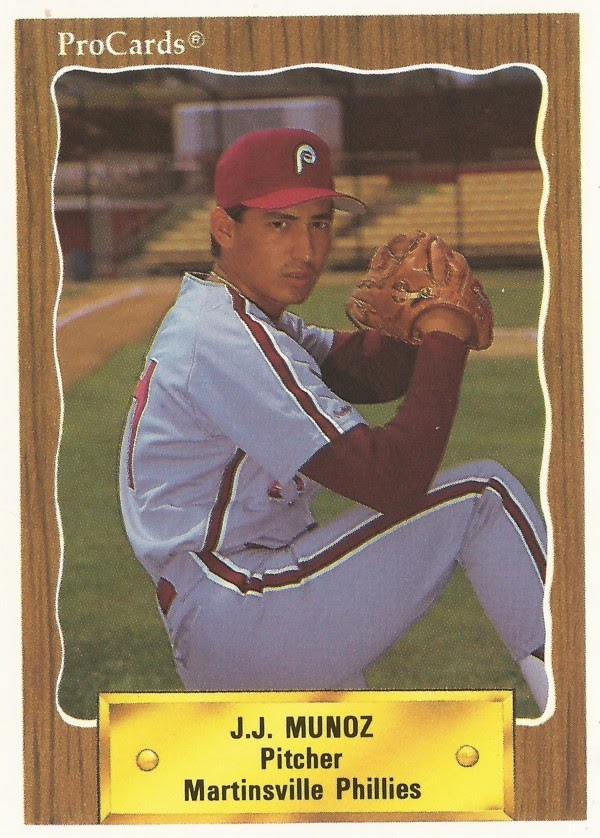 In his eighth professional season, J.J. Munoz tried his hand at something new. The pitcher for the independent Waterbury Spirit was named the club's pitching coach, The Watertown Town Times wrote.

"I am very pleased; I feel I can do the job they've asked me to do," Munoz told The Town Times.

Munoz served as a player-coach, going 3-6 in 29 relief outings and had a 2.88 ERA. It was his final season as a player and also, apparently, as a coach.

Munoz' career began in 1990, signed by the Phillies as a free agent out of Lubbock Christian University in Texas.

He moved to single-A Spartanburg for 1991, going 8-6 there. He then moved to the bullpen and high-A Clearwater for 1992. He picked up the second of his six saves with two innings of work in May.

Munoz stayed at Clearwater for 1993, then hit AA Reading in 1994. He only got into nine games before being placed on the disabled list for the season.