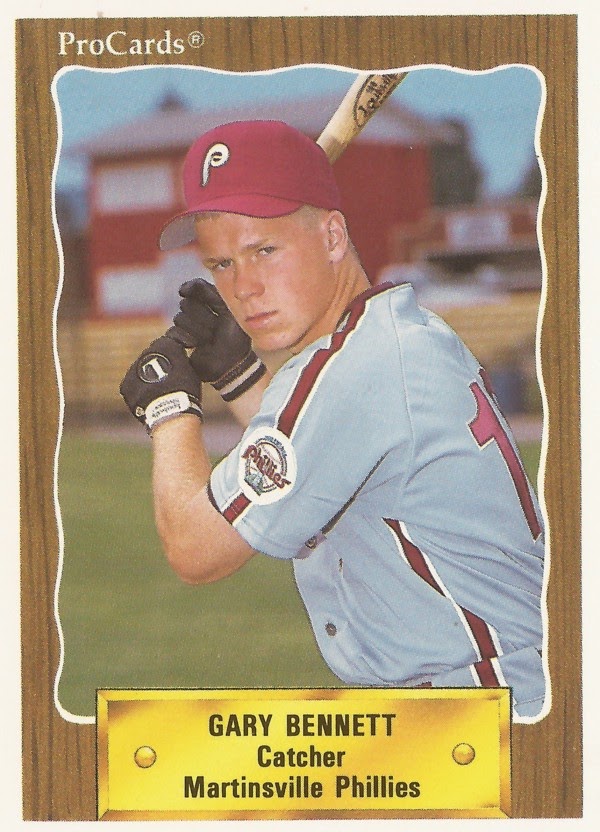 Gary Bennett had two game-winners in consecutive August 2006 games for the Cardinals, one of them a grand slam, according to The Associated Press.

He told The Associated Press after the second game-winner that he wasn't sure what to say.

"There's not one thing I can pinpoint and say I'm different mechanically or anything like that," Bennett told The AP. "I guess it's just a hot streak."

Bennett's career began in 1990, taken by the Phillies in the 11th round out of Waukegan East High School in Illinois.

Bennett played his first two pro seasons at rookie Martinsville. He didn't make AA until 1994, then AAA until 1995.

He started the 1995 season slowly at AA Reading, threatening his playing time, according to The Reading Eagle. He then he picked up three RBI in a game against Trenton.

"I've thought of that a lot," Bennett told The Eagle of his playing time. "When I get my opportunities I've just got to produce. It's tough."

He debuted in the majors later that year, in September. He got into a single game with the Phillies. He then got into six games in 1996 and nine in 1998.

In July 2005, Bennett spoke about moving from team to team, according to The Fredericksburg Free Lance-Star.

"The moving around, you can't take it personal," Bennett said, according to The Free Lance-Star. "At each stop I just prepared and played as hard as I can and if it works out, great. If not, I know it wasn't for lack of effort or preparation. I gave them all I had."

In December 2007, at least some of that preparation was revealed to include human growth hormone. He was referred to Kirk Radomski by Denny Neagle. One transaction was recorded by a check Radomski produced, according to the Mitchell Report.

Faced with the report, Bennett admitted it to The Washington Post.

"Obviously, it was a stupid decision," Bennett told The Post. "It was a mistake. It was something that quite obviously, you regret now."