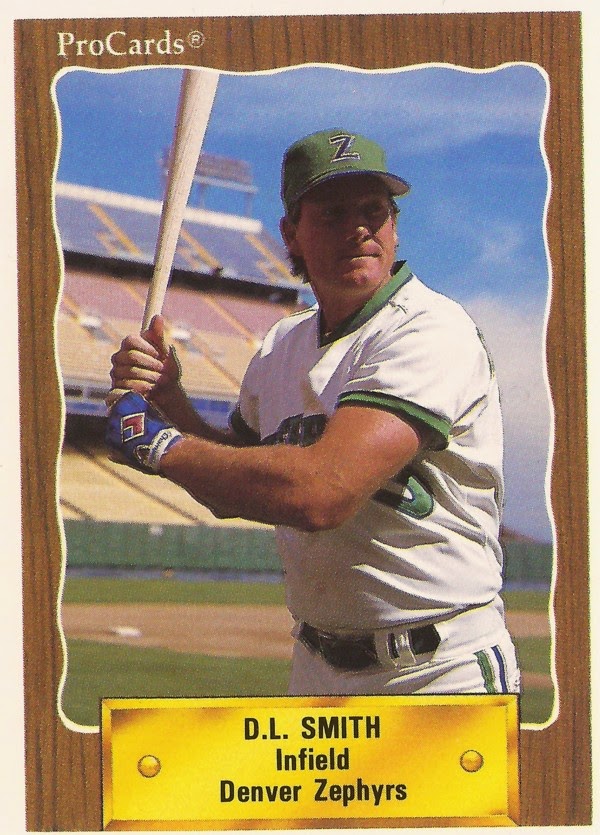 Dale Sveum was injured in August 1991 and the Brewers needed a backup at shortstop.

One of the Brewers' options, The Milwaukee Sentinel wrote, was to call up a shortstop from AAA Denver. The Sentinel pegged the likely replacement in that option as infielder D.L. Smith.

Smith's career began in 1984, taken by the Orioles in the sixth round of the draft. Smith played that first year at short-season Newark. He hit .240.

Smith moved to single-A Hagerstown in 1985, hitting .234, then AA Charlotte in 1986. He hit .241 in 89 games with Charlotte, getting added to the Orioles off-season roster in November.

By the end of the next spring, though, Smith was back to the minors. Smith returned to Charlotte for 1987, but he also saw 31 games at AAA Rochester. In May, he hit a two-run home run for Rochester.

Smith spent the next season entirely at AAA. He played most of it at Rochester, then moved to the Brewers and AAA Denver to close out the year. Between them, Smith hit .243.

But in 1991, Smith's average dipped back down, to .213. It was his last year with the Brewers. Smith played in just one more season, 1992, with 13 games at AAA Colorado Springs, ending his career.