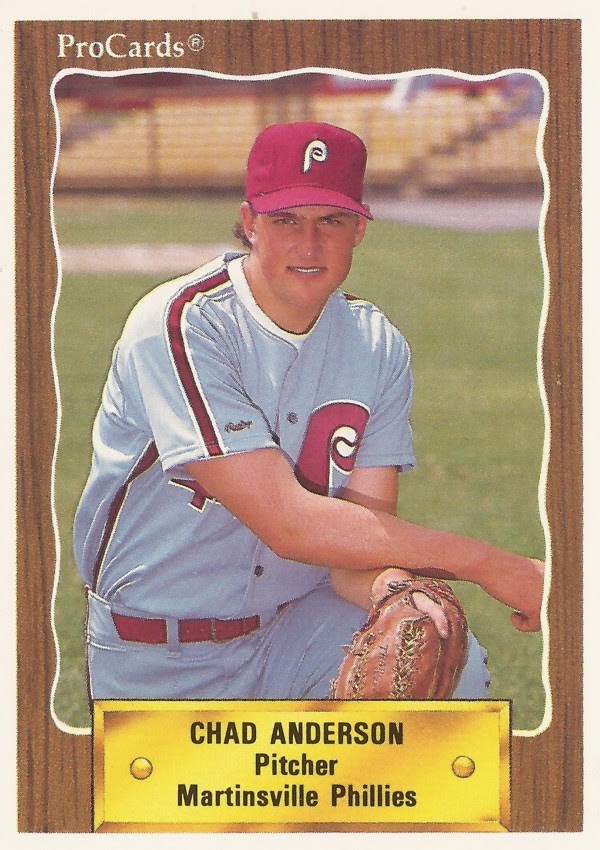 Spartanburg's Chad Anderson added a new pitch to his repertoire in May 1993 and it seemed to work, according to The Spartanburg Herald-Journal.

It worked as Anderson threw eight innings of five-hit ball.

"This is the second game that I've thrown the slider and I think it helps by adding another pitch for the hitter to have to think about," Anderson told The Herald-Journal. "It worked well tonight for me and I also had better control on my fastball than during my last start."

Anderson's career began in 1990, taken by the Phillies in the 12th round of the draft out of Roseburg High School in Oregon.

Anderson played his first season at rookie Martinsville. He went 1-6 in 13 starts, with a 4.97 ERA.