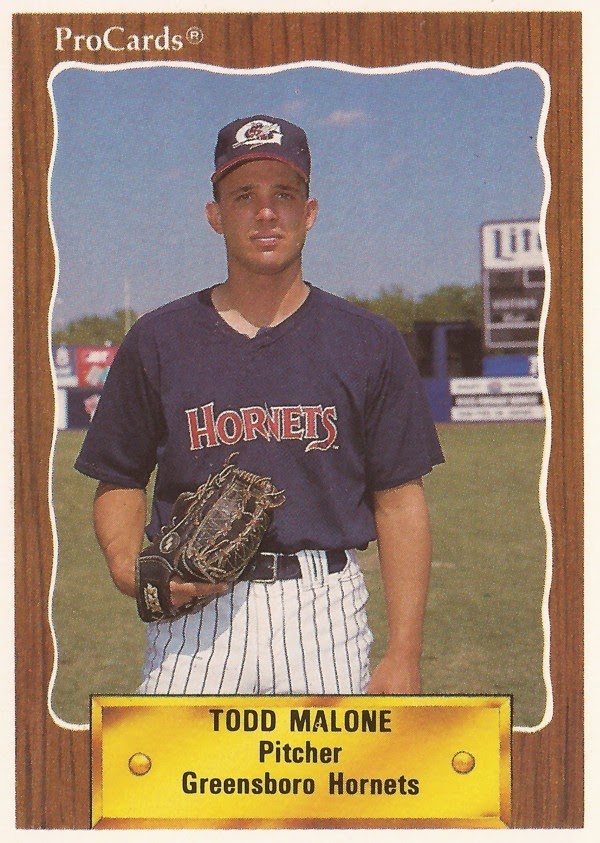 Illustrating the Yankees penchant for training away prospects in the 1980s, The Dallas Morning News noted in 1991 that the only four of the players who had won the organization's top minor league pitcher or position player award since 1980 were the only ones who hadn't been traded.

"And," Maas told The Morning News that June, "most of the other guys were in the big leagues with other teams."

Three of the four Yankees prospects still in the system also made the majors. One of them, Todd Malone, did not.

Malone started his career in 1988, taken by the Yankees as their first pick in the draft, but in the fourth round, out of Casa Roble High School in California.

Malone got his first full season in in 1990, playing between Oneonta, single-A Greensboro, and high-A Fort Lauderdale. Between them, he went 7-8, with a 4.40 ERA.

In seven starts, though, at Fort Lauderdale, Malone went 0-5, with a 5.45 ERA. He took is fifth loss in late August, giving up seven runs in one inning.

Malone played 1991 largely back at Greensboro, as a reliever. In 25 outings there, he got no starts. But he did give up just 10 earned runs in 44.2 innings of work.