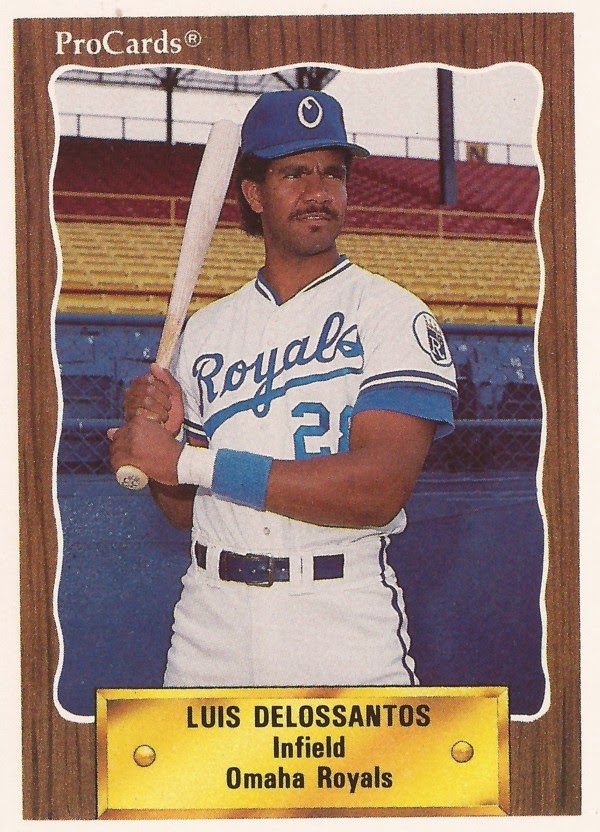 Coming off his first games in the majors in 1988, Luis de los Santos wanted to get back.

In spring 1989, he did his best to do just that. By mid-March, de los Santos was 9 for 17, three of those hits coming in his latest game.

"I think about it every night," de los Santos told The Lakeland Ledger of making the majors. "How it's going to be, whether it's here or somewhere else."

De los Santos made it back to Kansas City that season, and again in 1991 with the Tigers. His major league career would end there, but his playing days continued for years afterward, in the United States and abroad.

De los Santos' career began in 1984 when the Dominican Republic native who attended high school in New York was selected in the second round of the draft by the Royals.

He started that year at short-season Eugene, hitting .268 and playing third base. He went 0-4 in one August game that year, but knocked in a run on a ground out.

De los Santos made AA Memphis in 1986, hitting .303 for the Chicks. He tied one April game with a bloop single, The Orlando Sentinel wrote. He also made the Southern League All Star team.

De los Santos returned to Kansas City the next May, when George Brett tore a ligament.

"He's swinging a hot bat," Royals Manager John Wathan told The Associated Press of de los Santos. "He had a great spring and the only reason we sent him down is because he had a future Hall-of-Famer playing ahead of him."

De los Santos opened with a two-hit performance May 2. He also scored a run and knocked in two. Opposing pitcher Tommy John took notice of the hitter he told The New York Times he hadn't heard of before. John also noted that de los Santos showed patience at the plate.

De los Santos finished the season with 28 games, hitting .253 with six RBIs. He was back at Omaha for 1990. He made the Tigers after being taken off waivers. In 16 games with Detroit, de los Santos went 5 for 30, his final major league game coming May 28.

He hit the Mexican League for 1992, before returning to affiliated ball in 1993 with the Marlins at Edmonton. He hit .311, but didn't make Florida.

De los Santos went on to play in Taiwan, Japan and Korea, along with returns to Mexico. His last recorded playing time was in 2002, a season that included 50 games at AAA Rochester.