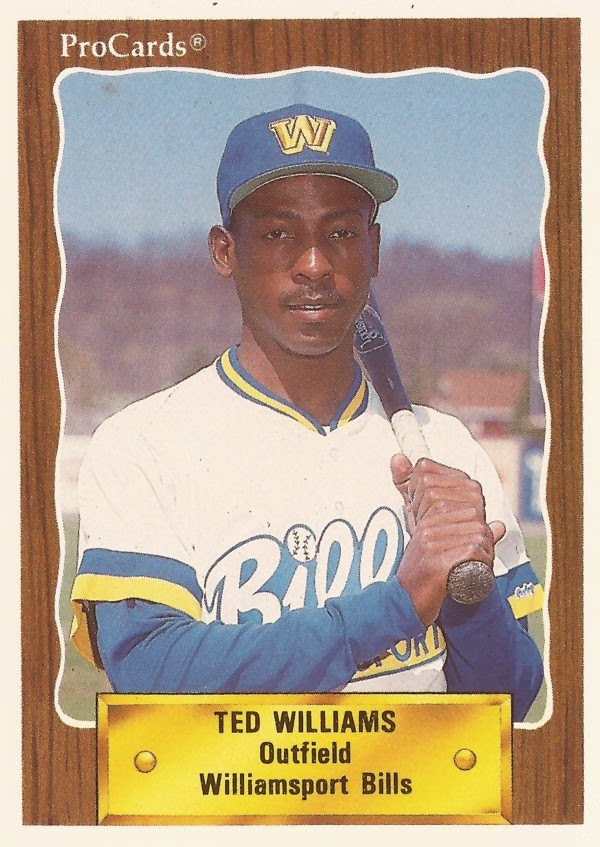 Not that they could really be confused, this Ted Williams explained to The Beaver County Times in spring 1995 the differences between him and the other Ted Williams.

"I'm a different kind of Ted Williams," Williams told The Times that March, "Ted Williams was probably the greatest hitter of all time. Had the greatest vision of any hitter and his record speaks for itself. I'll never be close to being in his class as a hitter. But I do one thing he didn't, and that's steal bases."

In a career that spanned a decade, the base stealer Williams stole a total of 368 bases, including topping 70 in a season twice.

Williams' minor league career began in 1986, taken by the Mariners in the 8th round, out of the University of Alabama.

Williams played that first year at short-season Bellingham, hitting .246 and stealing 51 bases. He stole one of those bases in an August game, knocking in one.

Williams moved to single-A Wausau in 1987 then single-A San Bernardino for 1988. He stole 74 bases at Wausau, then followed that with 71 at San Bernardino. In the California League All-Star game that year, though, Williams showed some power, hitting a three-run home run.

Williams made AA Williamsport in 1989, his stolen bases dropping to 37. He got his first look at AAA the next season, with 43 games at Calgary. He didn't get a full year at AAA until 1992, his last in the Mariners system.

After a year with the Tigers at AA and AAA, Williams moved to independent Duluth and Winnipeg for 1994.

For 1995, Williams returned for replacement ball with the Pirates, traded toward the end to the Royals.

"This could be a good opportunity for me," Williams told The Associated Press after the trade. "I appreciate the Pirates giving me a chance."