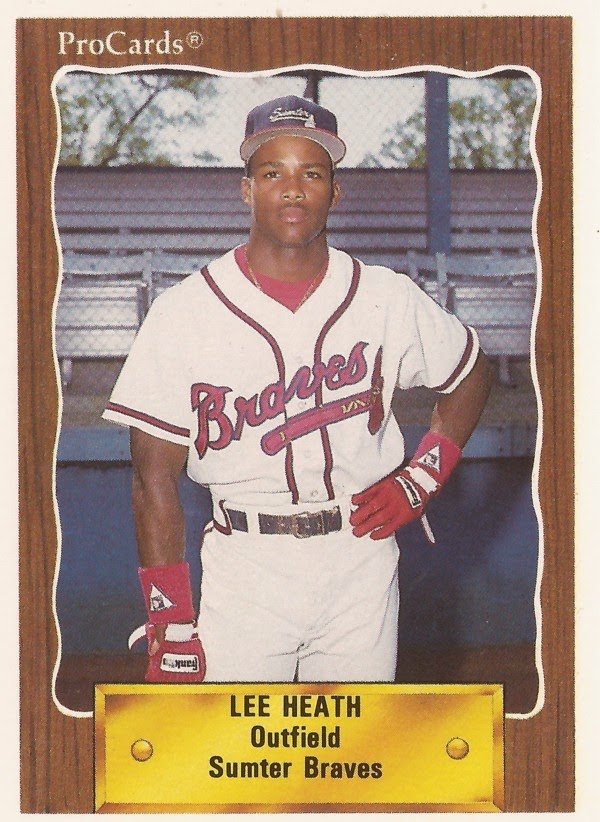 Lee Heath had already committed to the University of Tennessee when he was drafted in 1988. His decision was to go pro and start his baseball career.

Heath went from being a "defensive back prospect" at Tennessee to being an outfield prospect with the Braves. Heath eventually played in nine pro baseball seasons. He made AAA, but he never made the majors.

Heath's career began that year in 1988, taken in the seventh round of the draft out of LaSalle High School in Cincinnati.

Heath played his first season in the rookie Gulf Coast League. He hit .201 in 48 games. He then moved to rookie Pulaski in 1989 and then single-A Sumter in 1990.

At Sumter, Heath's hitting coach Ralph Rowe called Heath "loaded with potential," according to The Sumter Item. He hit a home run in an August game. He hit just .207 on the year.

He played most of 1994 at high-A High Desert. But he also got 13 late-season games at AAA Richmond. He picked up three hits in a late-August game.