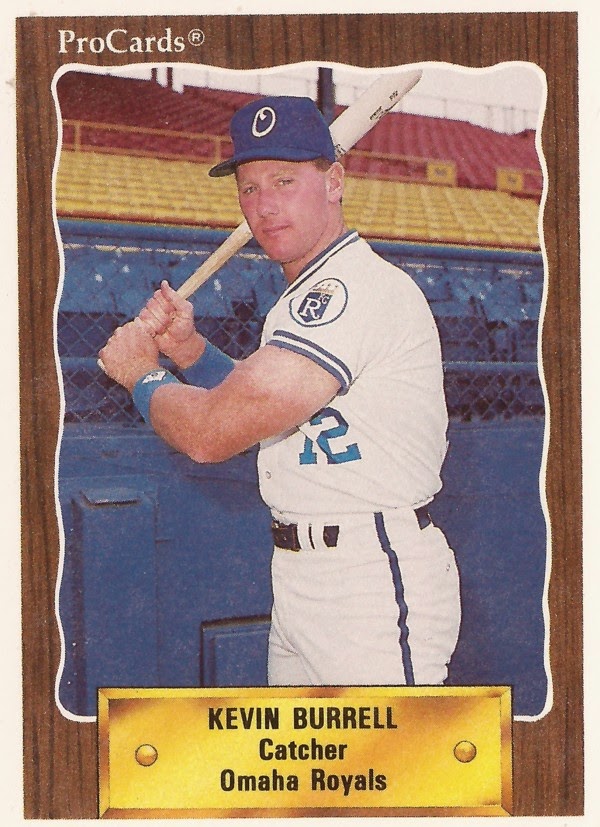 Kevin Burrell got the message before he walked to the plate in this May 1982 game, according to The Lakeland Ledger: Relax.

"That's what I did," Burrell told The Ledger. "I just told myself to relax and get ready, to wait for a fast ball in my wheelhouse and drive it."

The result was an extra-inning, game-winning single. He hit it in his second season as a pro, having been taken by the Red Sox 25th overall the previous year's draft.

He went on to play in 11 professional seasons. He never made the majors. Burrell, however, has since stayed in the game as a scout trying to find future major leaguers.

Burrell's career began in 1981. He was taken by the Red Sox out of Poway High School in California using a compensation pick at the end of the first round.

Burrell played his first year at short-season Elmira. He hit .208 in 28 games. He played 1982 between Elmira and Winter Haven, hitting .216 between them.

Burrell ended up staying in single-A through 1985, playing his 1985 season at Lynchburg with the Mets.

He signed with the Royals for 1988, playing the year at AA Memphis. He then made AAA Omaha in 1989, the first of three seasons he played there. He hit a home run in a 1990 playoff game there. His 1991 season at Omaha turned out to be his final season as a pro, an elbow injury ending his career.

He also runs From The Sandlot - 2 - The Sweet Spot, helping coaches and scouts build leadership skills, according to his site KevinBurrell.org.

In his time as a scout, Burrell has gotten such players as Mark Johnson and Gordon Beckham. Burrell explained his job to ChicagoNow.com in December 2014 in a first-person entry.