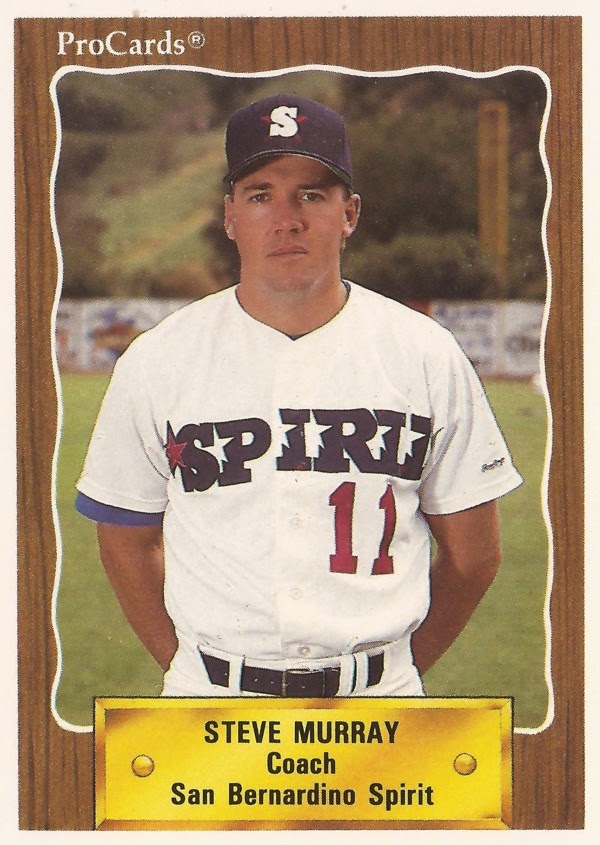 The College World Series game was high scoring and Oklahoma State coach Gary Ward pointed to a Steve Murray double that cleared the bases as the turning point, according to The Omaha World-Herald.

Murray's double turned a three-run lead for Arizona State in that 1984 game to a six-run lead, Ward noted to The World-Herald.

"He hit it off the hands, and it fell a step away from Whisler," Ward told The World-Herald. "That stretched the game out from 10-7 to 13-7 quite a difference."

Murray went on from his college days to play as a pro. He played for seven years, serving as a player-coach at the end. He never made the majors.

Murray's career began that year in 1984, taken by the Mariners in the 10th round of the draft out of Arizona State.

Murray started his Mariners career at short-season Bellingham. He hit .174 in 60 games. In a July game, he hit another bases-clearing triple. He knocked in seven runs over two nights, according to The Eugene Register-Guard.

"The bag hops tend to average out," Bellingham manager Gary Peliant told The Register-Guard. "(Murray's) come up with the last couple nights with some key hits."

Murray moved to single-A Salinas for 1985 and then stayed there for three seasons. His best average was .257 in 1986. He also knocked 20 doubles that year.

Murray split 1988 between single-A San Bernardino and AA Vermont. In 72 games at Vermont, he hit .178. He had an RBI single in an August game.

His last season with significant playing time was 1989. He got into 58 games between single-A Wausau and AAA Calgary. He hit .247 between them.

For 1990, Murray turned player coach at San Bernardino. He didn't get into a game there, but injuries forced his activation and plane ticket back to Calgary. He hit .292 in 22 games there.