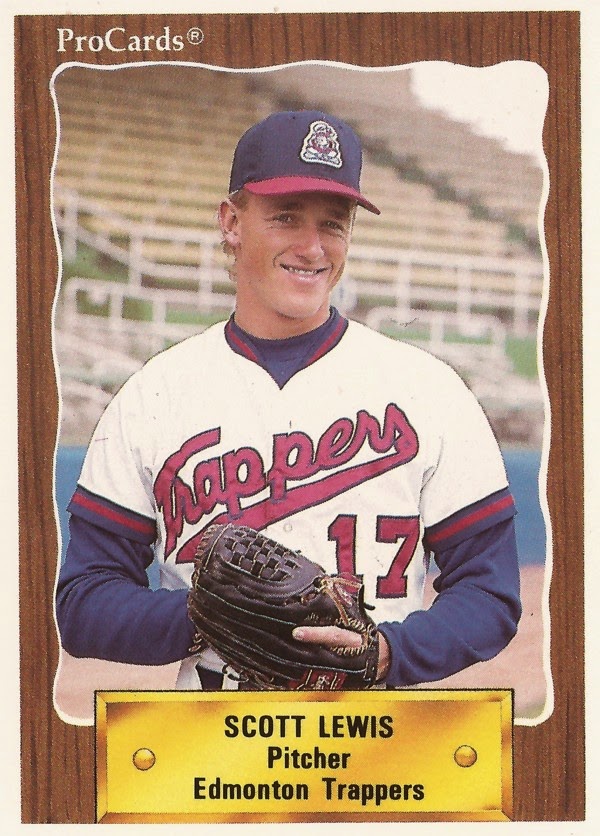 In the water, Scott Lewis found himself unable to swim. In fact, he couldn't move, The Los Angeles Times wrote. At the age of 17, Lewis had swung out over a river with friends, using a rope hanging from a tree. Hitting the water, he broke two vertebrae in his neck.

It was an injury most don't survive, The Times wrote. But Lewis not only survived, he came all the way back, to pitch in the major leagues.

Lewis debuted in the majors in September 1990, eight years after jumping into that river and two years after the Angels selected him in the 11th round of the 1988 draft out of UNLV.

That first season, Lewis blew through three levels, starting at short-season Bend in his home state of Oregon. He then moved on to single-A Quad Cities and then single-A Palm Springs. Between the three, Lewis was 6-6, with a 3.96 ERA.

At Bend, in early August, Lewis lost to his hometown Medford Athletics, giving up six runs in the first inning, but still going the distance.

"I was trying not to get too excited," Lewis told The Times. "I had good command of all four pitches. I just wanted to throw strikes, not paint the corners."

In two starts that September, Lewis went 1-1, with a 2.20 ERA. Coming out of spring training 1991, Lewis won the Angels fifth-starter job. In April, he was going up against the defending American League champion Oakland Athletics. And he promptly beat them.

Lewis came back for 21 appearances with California in 1991, pitching largely in relief. He picked up four wins and posted an improved ERA of 3.99. Lewis got 15 more outings in 1993 and returned with the Angels for 1994.

In April 1994, Lewis was involved in a row over a pitch Lewis said got away and hit Chris Hoiles. Some Orioles thought otherwise, The Baltimore Sun wrote.

"My intention wasn't to hit Chris in the head," Lewis told The Sun. "I was trying to come inside, but the ball got away from me. I think he was looking for something away. He didn't really give himself a chance to get out of the way. I'm not trying to end anyone's career. That's not what I'm about."

Lewis' major league career, however, was about to come to an end. He pitched in his final game July 22. He continued pitching in the minors for two more seasons, his last played with the Padres at AAA Las Vegas, home to Lewis' alma mater UNLV.