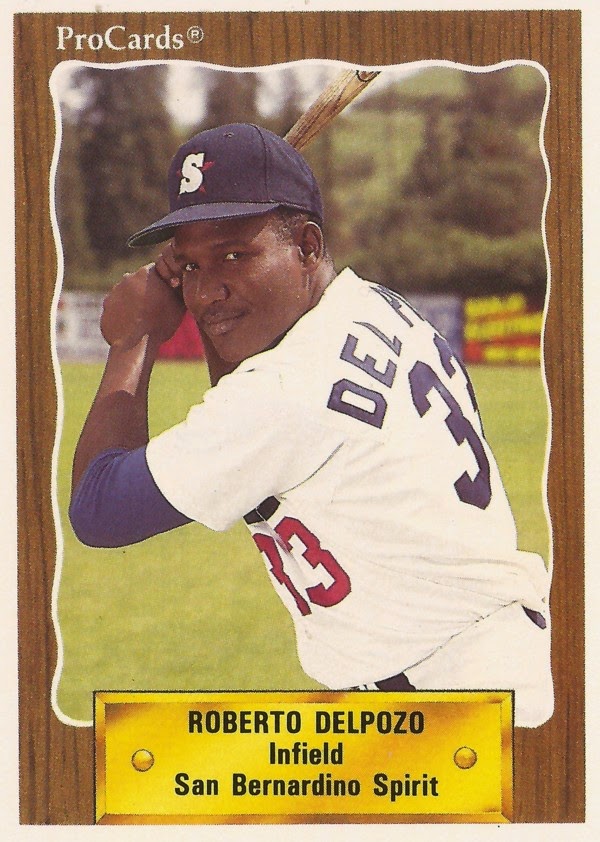 The Peninsula Pilots needed a hit in this June 1991 game and Roberto Del Pozo delivered it.

In the top of the 10th inning, Del Pozo knocked a single to center that scored the go-ahead run in an eventual 5-3 Peninsula win.

Del Pozo got that RBI in his fourth season as a pro. It was also his last season. He never made AA.

Del Pozo's career began in 1988, signed by the Mariners as a free agent out of his native Dominican Republic. His name has also been constructed Roberto DelPozo.

He played his first season between short-season Bellingham and the rookie Gulf Coast League. In 29 total games, he hit .167.