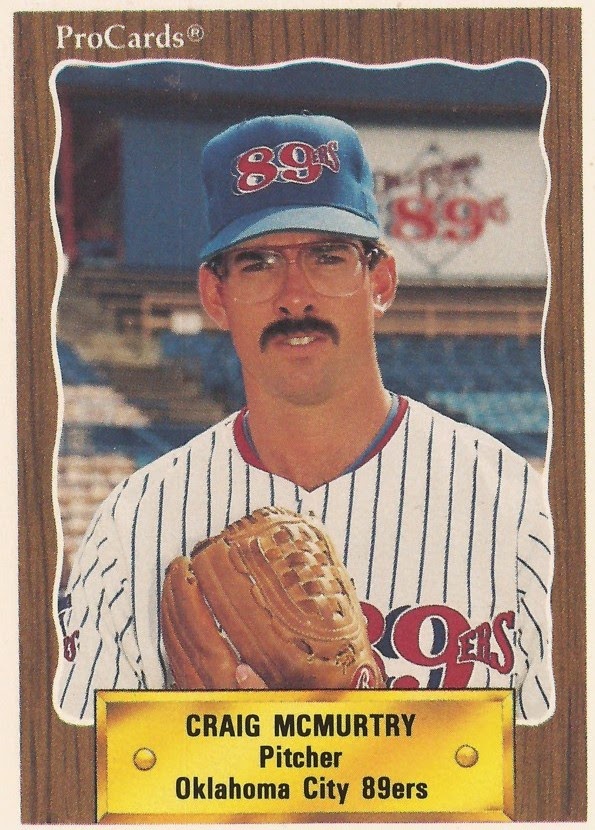 Craig McMurtry picked up his 10th win in 1983 in August, a 5-2 decision over the Phillies.

Philadelphia manager Pat Corrales could only applaud the opposing rookie's performance, according to The Associated Press.

"I see why he's won 10 games," Corrales told The AP afterward. "He keeps the ball low, changes speeds and has a great pickoff move."

McMurtry went on to win 15 for the Braves that year, enough to come in second in the 1983 Rookie of the Year balloting.

From there, McMurtry got to pitch in eight major league seasons. Along the way, he gave up a milestone Barry Bonds home run - Bonds' first. He also returned for his final major league time under less than the best of circumstances.

McMurtry's career began in 1980, taken by the Braves in the first round of the draft out of McLennan Community College in Texas.

It was then in 1983 that McMurtry made his big splash in the majors. In 35 starts for the Braves in 1983, McMurtry went 15-9, with a 3.08 ERA. He also picked up six first-place votes for National League Rookie of the Year. Darryl Strawberry got the other 18.

McMurtry followed up his rookie campaign with a 9-17 record in 1984, with a 4.32 ERA. He played two more seasons with the Braves. In 1986, he gave up Bonds' first-ever major league home run.

After a season in the minors with the Blue Jays, McMurtry returned to the majors with the Rangers. He saw time in three seasons with Texas. He saw 23 outings with the club in 1990, logging a 4.32 ERA.

He then returned to the minors. He played two seasons in the Giants system, one with the Pirates. He then joined the Astros, spending 1994 at AAA Tucson. That June, McMurtry spoke to The Tucson Citizen about returning for that season and giving the majors another shot.

"I had people tell me that I had the stuff to pitch in the big leagues. I didn’t want to give up without trying," McMurtry told The Citizen. "I've talked to guys who felt they weren’t given a shot and instead of sticking it out, they've left the game."

McMurtry did make it back, just not how he would have wanted. He chose to be a replacement player in spring 1995. He also agreed to be Houston's replacement opening day starter.

The strike over, he played back at Tucson, getting a September call-up. His major league teammates wanted nothing to do with him. In 11 appearances, he had an ERA of 7.84, ending his career.

McMurtry later became a coach in college, taking over Temple College's reconstituted program, according to The San Jose Mercury News. It's a job he continues in 2014.