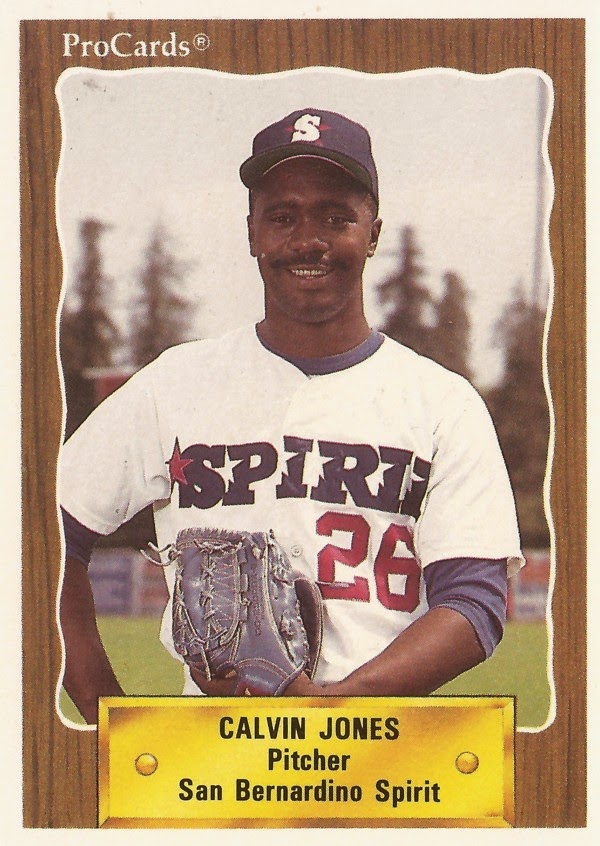 The Mariners needed a a reliever early and Calvin Jones was that guy.

It didn't work out as Jones had hoped - five runs in four innings - but Jones was ready to do what was needed, he told The Seattle Times afterward.

"They asked me and I told them I wanted to stay in," Jones told The Times. "It's been a tough year for me, but I'm not giving up, I'm not quitting."

Jones went on to get into 38 games for the Mariners that year, his second season in the majors. His major league career also ended that year, but Jones continued on. He didn't quit playing in the minors or independent ball until 2002.

Jones' career began in 1984, taken by the Mariners in the first round of the January draft out of the University of Calfornia-Riverside.

Jones then moved up quickly. He hit AAA Calgary in 1991. That June, he was in Seattle.

He also got one start for the Mariners in 1992. He went five innings, giving up two earned. He also picked up the loss.

"I tried to keep us in the game," Jones told The Associated Press afterward. "A couple times I didn't follow through and found myself standing straight up. When I don't follow through, that's when I get in trouble."

Jones moved to the Indians in 1993 and played the year at AA Canton-Akron. He then played the next three seasons at AAA in four separate systems, never making it back to the majors.

Jones isn't recorded as playing form 1997 to 1999. In 2000, he returned to play in Mexico. He then played to seasons in independent ball, ending his career.