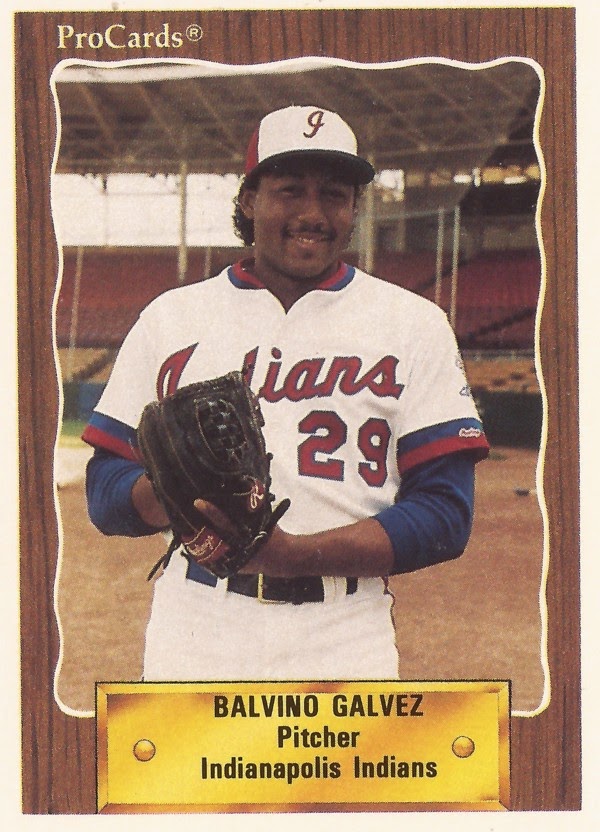 The first time came at the end of July 1998, Galvez pitching in Japan for the Yomiuri Giants. Frustrated at giving up a home run and frustrated at the home plate umpire, Galvez launched a baseball directly at the ump, according to The Associated Press.

Galvez missed, but he ended up with a suspension for the rest of the season.

"The outburst, which was almost madness, called for a severe penalty," Central League president Sumiko Takahara told reporters after suspending Galvez, "because it was an action that went against the spirit of sportsmanship."

Galvez returned for two more seasons in Japan after that, getting into five there in all. That was after a playing career in the United States where Galvez saw 10 relief appearances for the Dodgers in 1996.

Later, in 2001, Galvez appeared on the cusp of returning to the majors 15 years after his last appearance there. But a fit of anger apparently ended that shot, Galvez leaving spring training with the Pirates. He didn't return to the majors.

Galvez' career began in 1982, signed by the Dodgers as an undrafted free agent out of his native Dominican Republic.

Galvez got into 10 games in relief for the Dodgers in 1986. In 20.2 innings, he gave up nine earned runs. He allowed in two runs on a single in his debut. That ended up being his only season in the majors.

Galvez played two more seasons in the minors. He then jumped to Taiwan in 1994, playing two seasons there. After signing a minor league deal with the Rangers for 1996, the team sold him to Japan.

Galvez then made a run at the majors again. In spring 1991, it appeared as if injuries to others had left a slot open for him on the Pirates. But he left camp late in the spring after a dispute over a drill.

The Pittsburgh Post-Gazette wrote a coach tried to show him the right way to do the drill, but Galvez stormed off and didn't return.

Galvez then played his final season in Korea, going 10-4, with a 2.47 ERA there, ending his career.