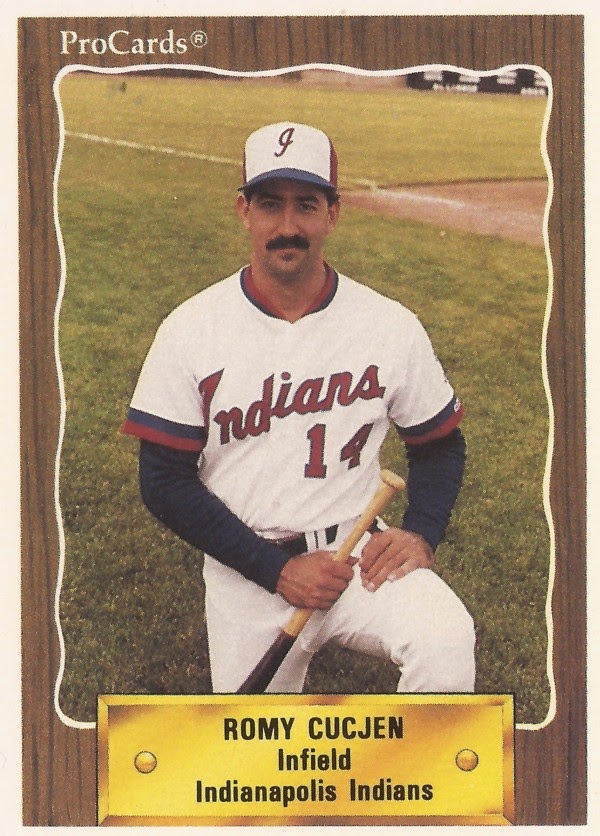 In his sixth minor league season, Romy Cucjen had made it as high as AAA, but not yet to the majors.

He was doing his best. But, as a devout Christian, he told The Los Angeles Times in 1990, his baseball fate was ultimately up to somebody else.

"My career," he told The Times, "is in His hands. I give everything I can and do the best that I can. I want very much to make it to the major leagues, and I believe I will."

Apparently, He had other plans for Cucjen.

Taken out of Arizona State in the 17th round of the 1984 draft by the Giants, Cucjen made AA Shreveport in 1986 and AAA Louisville in the Cardinals system in 1989.

For 1990, he joined the Expos system, sent to AAA Indianapolis.

Cucjen spoke with The Times for a June 30, 1990 article. He was optimistic then of a call-up to Montreal. The Expos had traded for him the previous January, the paper noted.

Indianapolis teammate Steve Fireovid, however, had a grimmer assessment of who and what was controling Cucjen's fate and Firevoid's own fate.

In his 1996 book "The 26th Man", Fireovid noted that even with a hot start, Cucjen had little chance of making Montrael. Fireovid's book was a diary of sorts of his own 1990 season and struggles to make it back to the bigs.

"Unfortunately, Romy has about as much of a chance at getting to the big leagues as I do," Fireovid wrote, adding that Cucjen wasn't one of the club's "boys," or prospects. Because of that, Fireovid wrote, Cucjen could continue that pace and never get a call-up.

Cucjen has also developed FungoMan, an automated baseball practice machine that can be programmed for anything from bunts to fly balls or any pattern in between.

Never having gotten one call, Cucjen got the call elsewhere. By 2006, Cucjen had been the baseball coach for Evangel Christian Academy, a Christian prep school in Shreveport, the city where he once played AA ball.