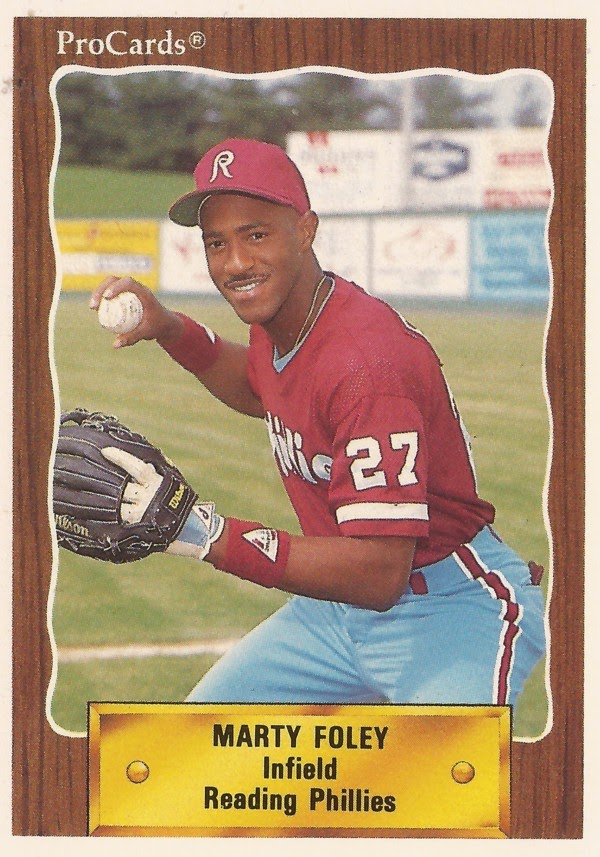 It was a bad night for Spartanburg shortstop Marty Foley and he couldn't help but know it.

In this July 1986 contest, Foley racked up a total of five errors, one away from the league record, according to The Spartanburg Herald-Journal.

"There are no excuses," Foley told The Herald-Journal. "I just tightened up and I was in a hurry. It was just one of those nights."

Foley, thankfully, had other nights in which to prove himself. He ended up playing in four more seasons after that first one. He never could prove himself enough to make the majors.

Foley's career began in 1986, taken by the Phillies in the 16th round of the draft out of Grambling State University. Foley is also sometimes credited by his formal name, Martin Foley.

With the Phillies, Foley started with single-A Spartanburg. He got 50 games there, as well as two at short-season Bend. He hit just .145 between them.

Foley split 1987 between Spartanburg and Bend again. This time, he improved his average to to .252. He picked up two hits in an August game for Bend. He went 2 for 5 with an RBI in another game that month.