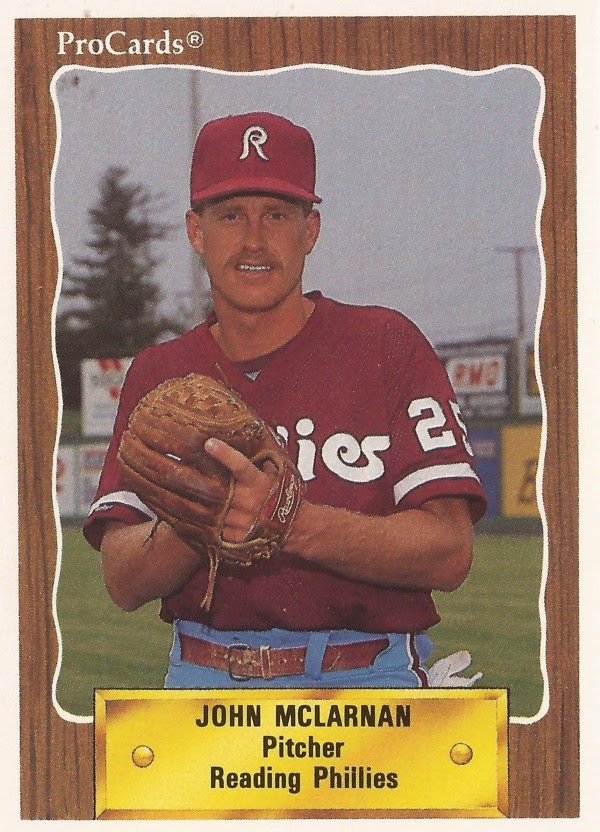 John McLarnan had to get ready quickly in this June 1988 game, according to The Toledo Blade. That's because his Maine Guide starter went down with injury.

He went on to pitch the next six innings and pick up the win, The Blade wrote.

"That's the second time this year that something like that has happened," McLarnan told The Blade afterward. "I just try to go at it like any other outing. I try to go right at the hitters and throw strikes."

McLarnan played that year in his sixth season as a pro. He ended up missing the next season and playing again in 1990. He didn't make the majors.

McLarnan's career began in 1983, taken by the Phillies in the 20th round of the draft out of San Jose State.

McLarnan started with the Phillies at short-season Bend. He went 3-5 in 15 outings, six starts, with a 4.02 ERA. He picked up one of those losses in a two-inning performance where he gave up two unearned runs.

McLarnan made AA Reading in 1986, but he got into just 7 games total. That June, McLarnan went home to California to see a kidney specialist, according to The Reading Eagle, though the exact reason wasn't specified.

He made it back to the field for 1987, returning to Reading. In 46 relief outings that year, he picked up seven wins and 10 saves.