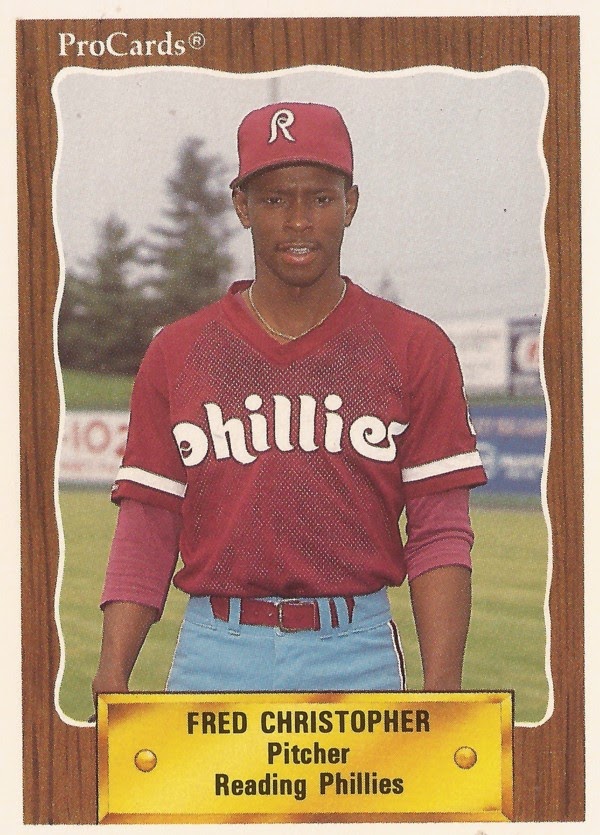 Fred Christopher started this July 1986 game for short-season Bend poorly, but he settled down, according to The Bend Bulletin.

"I've been working hard on my control," Christopher told The Bulletin afterward, "and it's starting to pay off. I feel real comfortable. I feel fine now."

That work paid off in Christopher's first season as a pro. He got into four more seasons, but his work never paid off with a trip to the majors.

Christopher's career began that year in 1986, signed by the Phillies as amateur free agent out of the University of Texas-Arlington.

At Bend in 1986, Christopher went 4-6, with a 4.23 ERA. He pitched into the seventh in an early July game, giving up two earned for the win. He picked up his fourth win in mid-July, pitching into the ninth.

Christopher moved to single-A Spartanburg for 1987. He went 9-11 there, with a 3.74 ERA. He played 1988 at single-A Clearwater and then split 1989 between Clearwater and AA Reading. He also turned relief pitcher.

He came in in relief in a July game, getting out of a jam with two strikeouts. An elbow tear ended his season in mid-August.