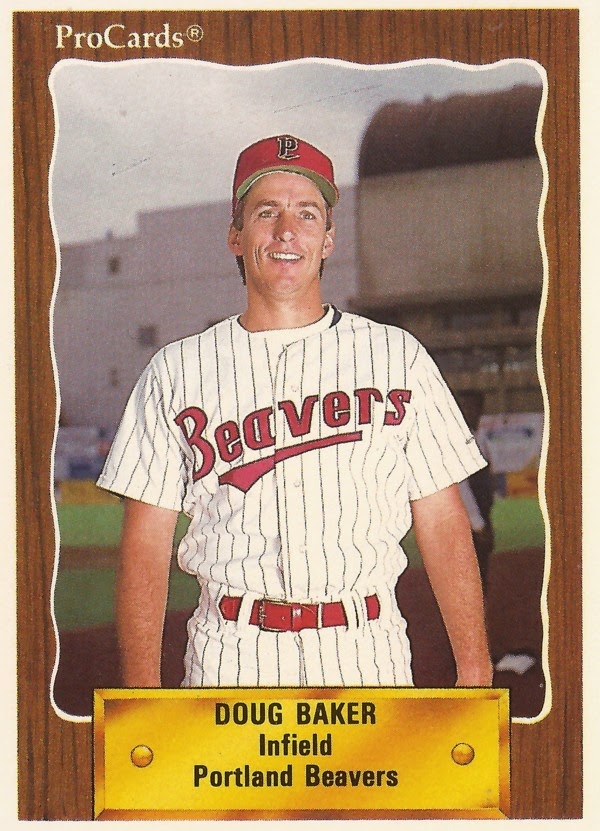 Doug Baker was on the bus, headed for Detroit. It was a season after the Tigers won the World Series, Baker helping them get there as an able fill-in, and getting his own ring.

Now, he was ready to help the Tigers try and repeat, and help them from the start. Except Baker, and teammate Mike Laga, didn't make it to the airport. They were pulled off in a last-minute roster cut and rerouted to AAA Nashville, The Orlando Sentinel wrote.

''It was embarrassing,'' Baker told The Sentinel the next spring, hoping against a repeat of the previous year. ''We had to go around and get our luggage. Strange things happen in baseball.''

Baker did make back to Detroit in 1985, for 15 games, including three in April after another injury. That season was after 43 games he played for the series-winning team in 1984. It was part of a career where Baker would see time in seven major league seasons. Only once, in 1989 with the Twins, would Baker match his game total from 1984.

It was in 1984 that Baker made his major league debut, making it with the team that drafted him. Baker was taken two years earlier by the Tigers in the ninth round of the 1982 draft. He started that year at AA Birmingham, making AAA Evansville in 1984.

He debuted with Detroit in July 1984. Star shortstop Alan Trammell was injured with a bad throwing arm. Baker proved an able replacement, mostly through his defense, and a four-hit game, according to The Associated Press.

"He has done a real good job for us by playing steady defense while filling in for Alan," teammate Lou Whitaker told The AP in late July. "You wonder if someone is going to fill in well in those situations, and he has come through."

That spring in 1987, Baker's goals were the same: stay in the majors, The AP wrote. He also knew where he fit in.

"Everybody has their roles," Baker told The AP in early March. "I do the little things. I'm not paid to hit home runs. Everyone can't be the main ingredient. The way I help the team doesn't show up on paper."

He played the remainder of 1990 at AAA Portland. He played the next year with the Astros at AAA Tucson and his playing career was done. He has since gone on to be a scout in several organizations, including the Marlins and White Sox, getting World Series rings with both.

About that 1984 win as a player, Baker helped the team in the regular season. He also played an inning in the ALCS. He didn't appear in the series, still, he got his ring.

"Ted Williams doesn't even have a World Series ring," Baker told The Los Angeles Times in 1993 as he worked as a scout for the Braves. "It was just explosive winning the World Series. It was so exciting for me and for the Tigers' fans. That was a dream come true."

About his ring. the 10-karat ring he got that year in 1984? It was later stolen and returned, but not before he had a replacement made. Having a replacement, he sold the original on Ebay earlier this year, The Detroit News reported, for more than $12,000.