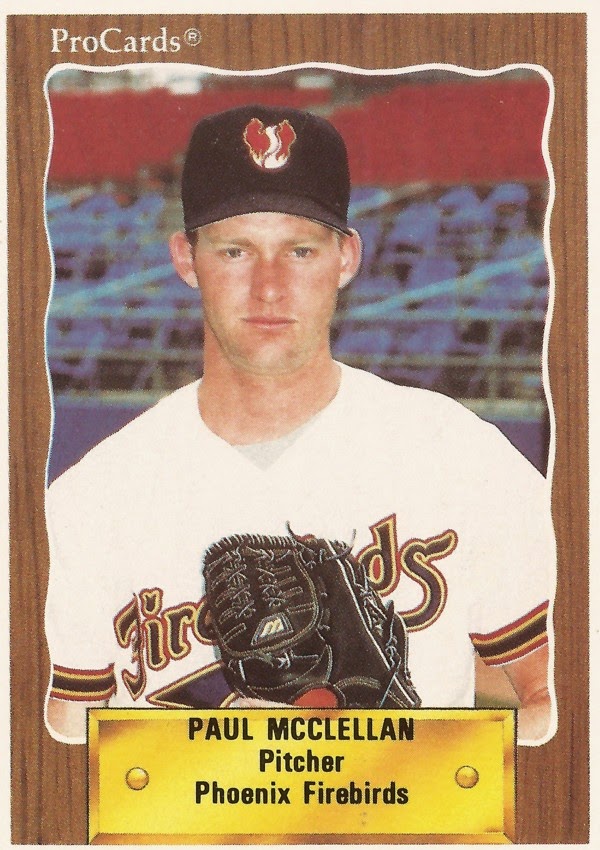 Paul McClellan was just happy to be a part of the Giants' winning streak in 1991, the pitcher helping his team extend the streak to 11.

McClellan recorded the win in the Giants' 8-1 victory over the Reds Aug. 1. He did so by pitching a complete game, giving up just that single run.

"Everybody was asking me, what if I lose and kill the winning streak?" McClellan told The Associated Press later. "After the first couple innings I relaxed and we started swinging the bats. Everything worked out great."

McClellan's career began in 1986, taken by the Giants in the first round of the draft out of Sequoia High School in California.

In 1989, McClellan got his first look at AAA with nine starts at Phoenix. He returned to Phoenix in 1990, going just 7-16, with a 5.17 ERA. McClellan, though, still got a September call-up, debuting with San Francisco Sept. 2.

In four outings, one start, with the Giants that September, McClellan gave up 10 runs in 7.2 innings. He also picked up a loss.

He returned to San Francisco in late July 1991, in time to pick up the seventh win in that 11-game winning streak. That win was a 3-0 decision against the Phillies July 27.

McClellan went seven innings in that game. He was only taken out due to calf tightness. As a base runner on third, McClellan was hit by a batted ball from Kevin Mitchell.

"I was able to keep pitching, but it was uncomfortable," McClellan told The AP. "It was tightening up. I'm just happy to do what I did. I was a lot more confident today than when I came up last year."

McClellan's later outings, though, weren't as good. In his third, Aug. 6, he went four innings, giving up seven runs. He had a similar outing Aug. 28, against the Cubs.

After a Sept. 12 outing where he gave up five runs in 4.2 innings against the Reds, McClellan told The AP he wasn't sure what was going on.

"I don't know what I'm doing out there," McClellan told The AP. "I'm better than today."

McClellan got 20 more outings in 1991 back at Phoenix. He then moved to the Brewers system for nine outings at AAA Denver. He's not recorded as playing in 1993 or 1994.

McClellan got three final starts at AAA New Orleans in 1995, ending his affiliated career. McClellan went on to finish out his career playing for the independent Sonoma County Crushers of the Western Baseball League.