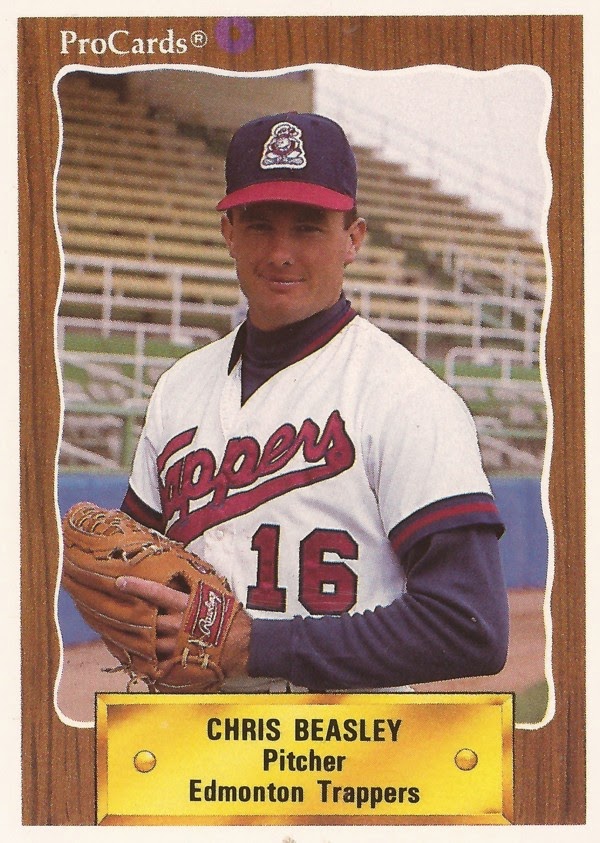 Chris Beasley attended Arizona State on a joint baseball-basketball scholarship. But he preferred basketball, according to The Los Angeles Times.

And when he was passed over in the NBA draft, he reluctantly turned to baseball. He also quickly exceeded expectations, Beasley's manager at single-A Waterloo told The Times in July 1985.

"What's even better," Swisher told The Times, "is that he has developed a good approach to pitching. He has a good sense of what it takes to beat a batter, and that's something some pitchers never learn. He's been pitching for only a couple of years and has it already, and that's why I think he'll make it to the big leagues."

Beasley did make the majors, six years later. His major league career would end that same year, after pitching in a total of 22 games.

At Arizona State, he'd won first-team Pac 10 Conference All Star honors in basketball. With the baseball team, Beasley pitched well enough to be selected by the Indians in the ninth round of the 1984 baseball draft.

That August, Beasley took a three-hit shutout into the ninth against Albany, according to The Schenectady Gazette. "He pitched an outstanding game," Waterbury Manager Orlando Gomez told The Gazette.

Beasley, however, fell off in 1987. Remaining in AA, Beasley went 2-6, with his ERA topping 6. The Indians released him in June. He finished out the season with the Mariners system and isn't recorded as playing in 1988.

For 1989 though, Beasley signed on with the Angels, the team that would bring him to the majors. He split that year between single-A Palm Springs and AA Midland. He moved up to AAA Edmonton for 1990, returning there in 1991.

Beasley returned for one more season, 1992. He also lasted late into spring training, before being sent back to AAA. He pitched in 25 games at Edmonton, going 2-1 and posting a 4.05 ERA, ending his career.