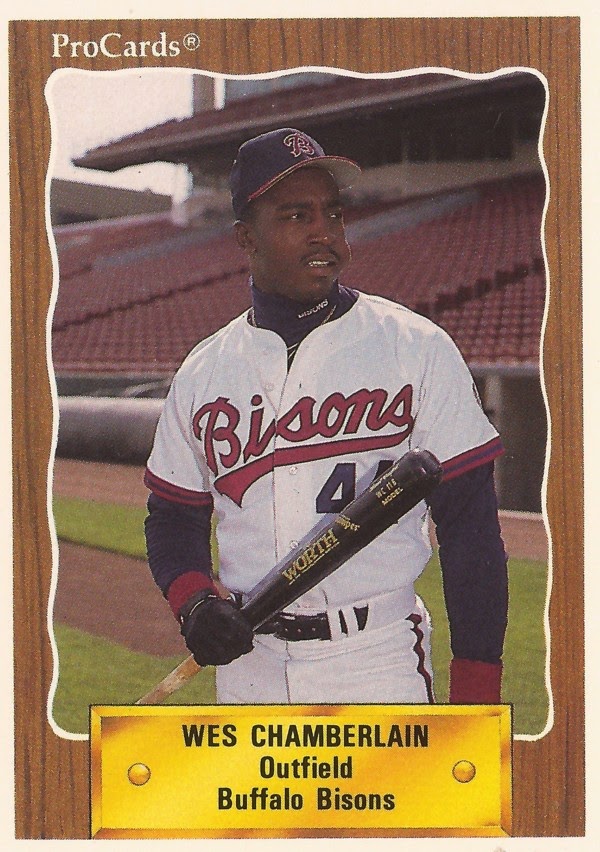 About the only criticism that Phillies general manager Lee Thomas could level at newly acquired outfielder Wes Chamberlain was that the game came too easy for him, The Philadelphia Inquirer wrote.

The criticism, such as it was, Chamberlain still said it wasn't true.

"I've never heard that directed toward me," Chamberlain told The Inquirer after his major league debut. "I've heard that cliche, that (naturally gifted players) kind of do everything laid-back. But that's not me. I go out and have fun and play hard."

Chamberlain went on to play in 18 games for the Phillies that year and in six total seasons in the majors. Even after playing his last major league game, Chamberlain kept playing.

By the time his playing days were done, Chamberlain played hard and had fun in 17 total seasons, including a season in Japan, finally ending in 2004.

Chamberlain's career began in 1987, taken by the Pirates in the fourth round of the draft, out of Jackson State University.

Chamberlain started at short-season Watertown, making AA Harrisburg in 1989 and then AAA Buffalo in 1990. He then made Philadelphia after the trade, hitting .283 in 46 at bats. He also hit two home runs, his second Sept. 28 at Montreal.

In 1991, Chamberlain became a Philadelphia regular, getting into 101 games, hitting .240, with 13 home runs. At one point, Chamberlain hit three two-run home runs in two nights.

"Tell you what," Phillies manager Jim Fregosi told The Inquirer of the third home run in that string. "Wes hit that ball at the end of his bat. That goes to show you how strong he is."

"It was nice," Chamberlain told The Inquirer about his time as a Phillie. "I don't have anything negative to say about the Phillies. I might even be back with them one day. You never know in this game."

Chamberlain, though, only played in one more major league season. He got 19 games with the Red Sox in 1995. He played the rest of the year at AAA.

By 1996, Chamberlain was in Japan, playing a season for Chiba Lotte. In 1997, Chamberlain was back stateside, in the minors. In 1998, Chamberlain played his first time in independent ball, where he played each season through the end of his career in 2004.