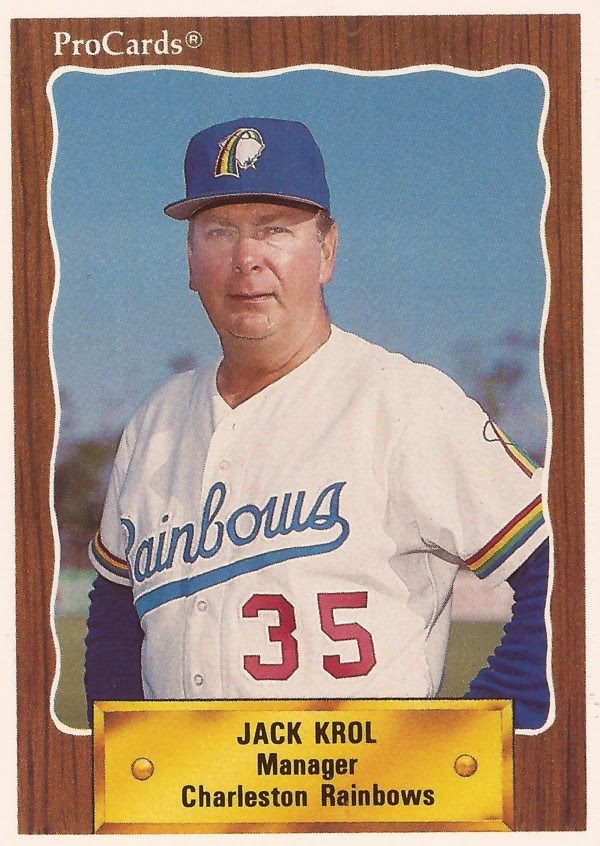 Jack Krol had several years managing in the minors under his belt by 1969 and there was no other job the former player would rather have had, he told The St. Petersburg Evening Independent that August.

"I miss playing quite a bit," Krol told The Evening Independent, "but managing is a baseball man's dream when his playing days are over, and I'm happy to be here."

By the early 1990s, Krol had taken part in many aspects of the game. One of those aspects was chewing tobacco. He was also diagnosed with tongue cancer, a cancer he attributed to chewing tobacco use. It was also a cancer that would take his life.

Krol's career in baseball began in 1954, signed by the Cardinals out of his native North Carolina.

Krol's last season with significant playing time came in 1965 at single-A Burlington. He then started his managerial and coaching career.

by 1977, Krol was in the majors, serving as the Cardinals third base coach. In mid-1978, Krol was named interim manager after the previous manager was fired.

"The season starts tomorrow," Krol told The Associated Press. "We've got the players to do the job, we've got to regroup."

Krol got another brief shot at managing in the majors in 1980, his final year as a Cardinals base coach. He then moved to the Padres for 1981. He stayed there for five seasons, serving as either a base coach or hitting coach.

In June 1993, baseball banned players from using chewing tobacco at minor league parks. By that point, Krol was already set for a surgery on his tongue.

"I don't mind being an example for my players," Krol told Knight-Ridder Newspapers. "but this is not the way I wanted to do it. There's no doubt in my mind it was the dipping and chewing that did it."