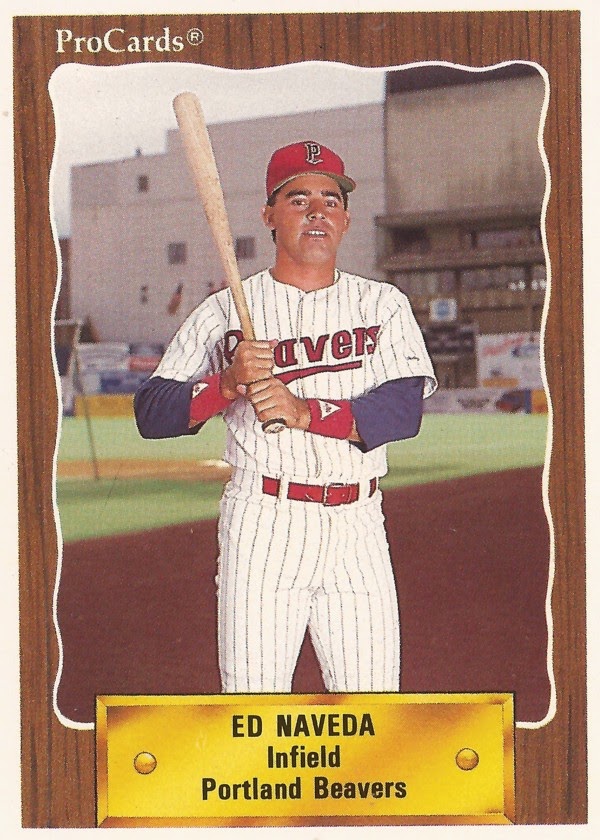 Ed Naveda was on a tear in early August 1990. He was 7 for his last 14, including a line-drive double that gave his Orlando SunRays an early lead, according to The Orlando Sentinel.

All this came after a demotion, one from AAA Portland back down to AA Orlando, The Sentinel wrote.

"It's unfortunate for them (Portland) and fortunate for us,'' SunRays manager Ron Gardenhire told The Sentinel. ''He (Naveda) is very valuable; he can light a team up. He's the happy-to-be-alive type of guy.''

Naveda started four years earlier, having been signed by the Twins out of his native Venezuela. Naveda began at single-A Kenosha in 1986, playing in 109 games and batting .233. He returned to Kenosha for 1987, his bat picking up. Naveda hit .278 with 14 home runs.

For 1988, it was Visalia and a .282 average, getting three hits in one July game. Naveda first made Orlando in 1989 and he had success. He hit .283 in 70 games and earned his first promotion to AAA Portland.

Gardenhire spoke as Naveda was on a seven-game hitting streak, extended to seven by a two-run double. Naveda earned a promotion to AAA Portland in late June. He was hitting .315, The Sentinel wrote.

In his first appearance with Portland, Naveda hit a game-winning home run, according to The Sentinel. But in 33 games at AAA, Naveda's average dropped. He hit just .236. He was back in Orlando by late August, hitting a two-run, eighth inning home run for an Orlando win, The Sentinel wrote.

Naveda started back at Orlando in 1990, hitting a home run in an April 10 game, and singling in the SunRays' only run in a April 13 contest. But he soon returned to Portland. His average didn't follow. He hit .231 in 78 games and was sent back to Orlando by August.

Naveda spent the next two seasons at Portland, hitting .269 and .243. But his career ended, never getting the call-up to the majors.

Back in August 1990, demoted to Orlando and hitting again, Naveda was clear about his thoughts on what had transpired.

''I only think of the future,'' Naveda told The Sentinel. ''Now I just want to think about playing hard.''