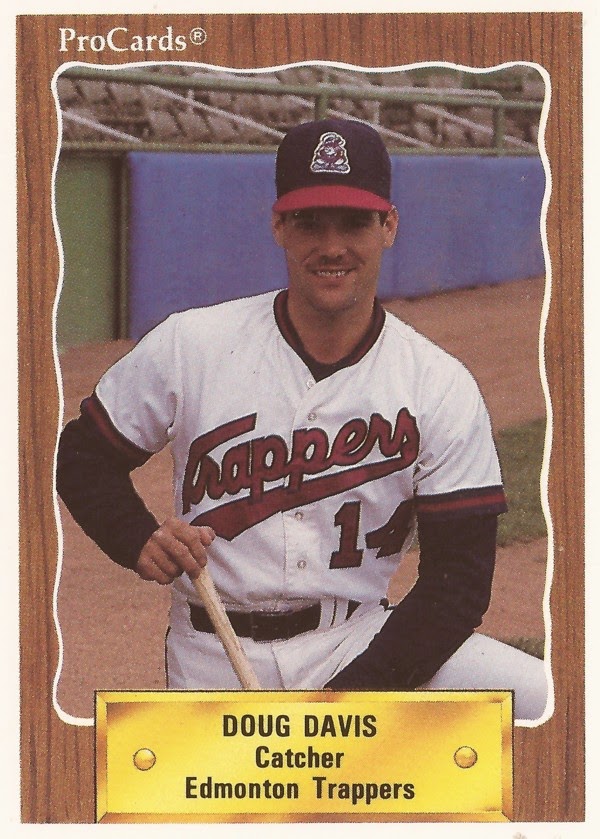 Davis' pro career began in 1984, taken by the Angels in the ninth round out of North Carolina State University. He made AA Midland and AAA Edmonton and then Anaheim in 1988.

His stint with the Angels only lasted five games and 13 plate appearances. He scored one run, but did not get a hit. His brief stint won him a share of The Los Angeles Times' not-so-serious post-season "Thanks for Stopping by the Booth Award."

During a team slump that spring, Davis told The Times the team had been pressing.

He joined the Blue Jays system in 2006, helming the AA New Hampshire Fisher Cats, then AAA Syracuse for 2007 and 2008. He serves as Blue Jays minor league field coordinator for 2014.

"I'm really looking forward to getting back into managing and thinking along the lines of a manager," he told the paper. "Just being on the field and making decisions and trying to evaluate players - I enjoy that as much as anything else I've done."