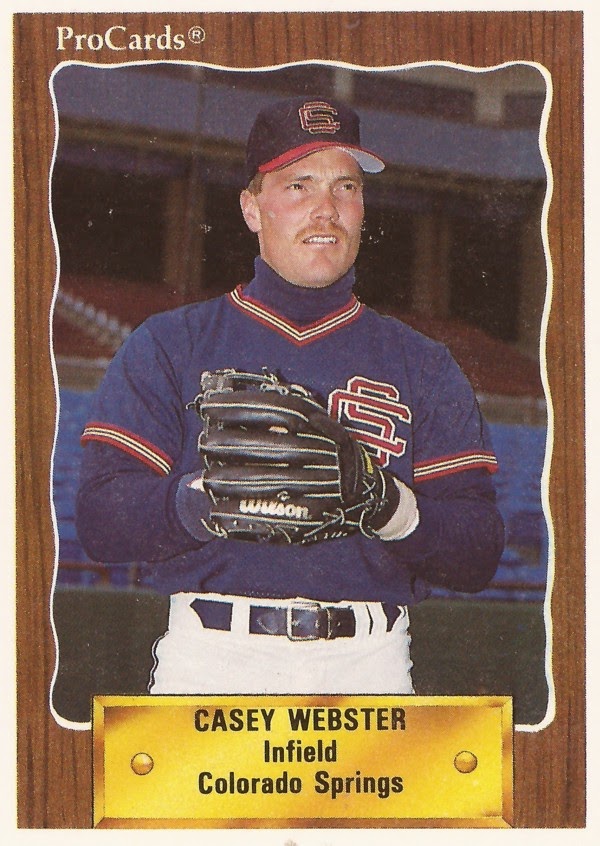 It was a performance his manager at AA Williamsport in 1988 believed Webster could easily replicate, Williamsport Bills manager Mike Hargrove told The Schenectady Gazette.

"What he did last year, I don't feel is a fluke season or something he'll do once every 10 years," Hargrove told The Gazette. "He has a lot of power to right and right-center and can still hit the ball hard to left. He still has some things he has to work on, but he's a hard worker."

Webster, however, was unable to replicate his success at single-A that year in AA, or again. Webster stuck around in AA through 1990, getting one 27-game look at AAA before his career would end, short of the majors.

But his career in baseball would also go on, becoming a longtime coach in high school, near his Oregon hometown.

Webster's career began in 1985, taken by the Indians in the 24th round of the draft out of Western Oregon. In 1983, Webster won his college league's player of the year honors, an honor he won again for 1984.

He played that first professional year at short-season Batavia, hitting .227 with 15 home runs. He played the next year at single-A Waterloo, then 1987 at single-A Kinston.

At Kinston, during his MVP year, Webster hit his 20th home run of the year in early August, a solo shot off Prince William. He also made the all-star team that year.

With Williamsport, Webster hit just .248 with seven home runs. One of those home runs came in a May game, the difference in a win over Vermont. In August, Webster hit consecutive game-winning RBIs.

Webster finished out his playing career in AA, at Canton and with the Brewers at El Paso.

Webster has since gone on to a long career as head baseball coach at Gladstone High School, near Portland, Ore.

"The kids that were there played hard," Webster told The Clackamas Review after a close July 2010 win. "They battled. But we were missing some guys. And it's tough to win ... when you don’t have your full firepower."