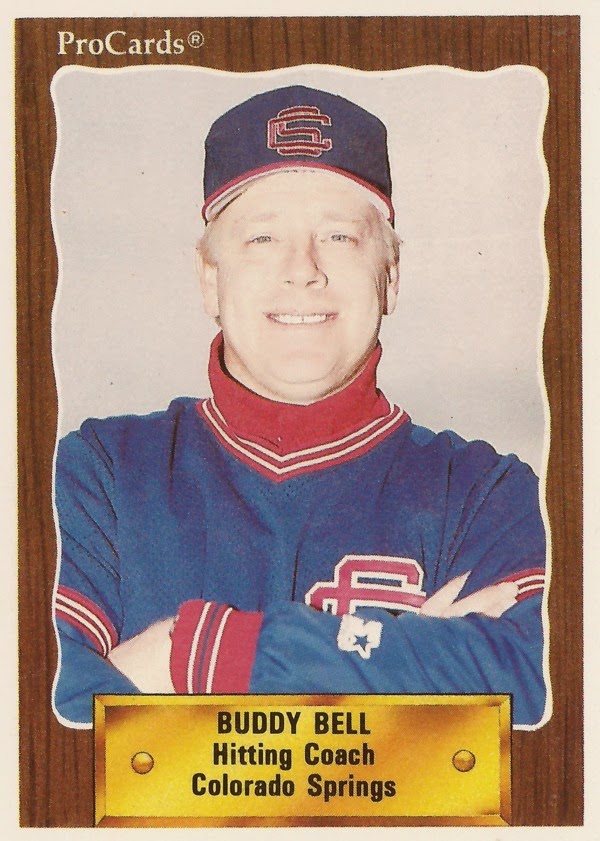 Buddy Bell grew up in Cincinnati. His father Gus Bell played there for the Reds.

So, when the younger Bell, deep into his own major league career, was traded to his father's old team, Bell was ecstatic.

"Dreams do come true sometimes," Bell told The Associated Press after the trade. "When they do, it makes you a little nervous."

Bell's dream to return to Cincinnati was realized in his 14th major league season. He went on to play in four more before starting a new career as a coach and manager.

In that new career, Bell didn't return to Cincinnati, but he did return to the majors. He returned for four different teams, three of them as a major league manager.

Bell's baseball career began in 1969, taken by the Indians in the 16th round of the draft out of Miami University of Ohio.

Bell made his major league debut with the Indians in 1972, after just three seasons in the minors. He quickly became a regular in the Indians outfield.

He hit .255 his first season and .268 in his second. That second season was also the first of Bell's five career All-Star nods. By the start of 1977, Bell had a reputation for getting things done, but quietly.

"I might be low key because there's nothing wrong with me," Bell told The AP that spring. "That's the way I like it."

Bell stayed with the Indians through the next year, 1978, when he was traded to the Rangers. With the Rangers, Bell got his four other All-Star appearances.

He started his coaching career the next year. Back with the Indians, Bell served as hitting coach at AAA Colorado Springs. By 1994, he was first base coach in Cleveland, going with the team to the 1995 World Series.

For 1996, Bell took a step up. He was named manager of the Detroit Tigers.

Bell stayed with the Tigers through most of 1998, when he was fired after a bad stretch. He returned to the major league managerial office in 2000 with the Rockies, staying there into 2002. His third stint came from 2005 to 2007 with the Royals.

In November 2012, Bell was named vice president and assistant general manager of the White Sox, a job he continues with in 2014.