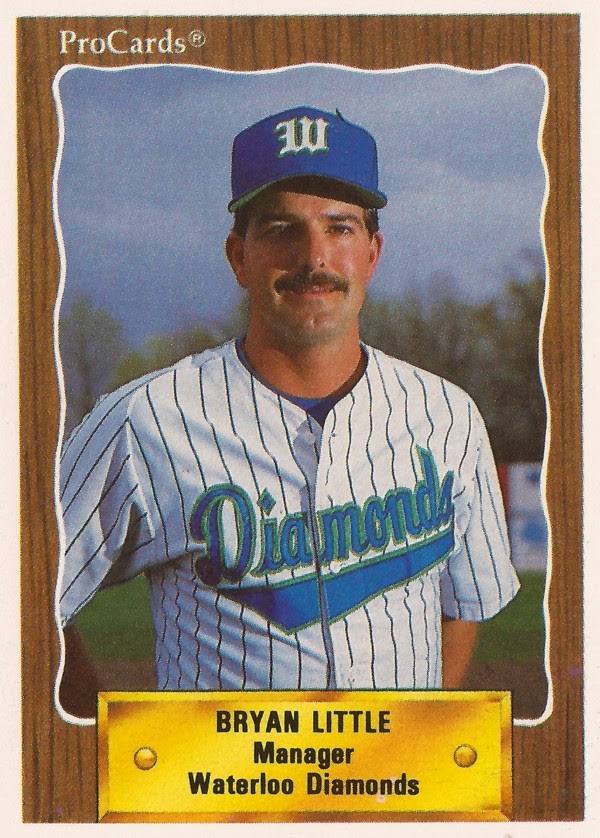 That improvement came after a two-hit performance that spring.

"He has progressed a long way with his bat," Virdon told The Citizen of the infielder. "There was never any question about his fielding, his speed, his determination."

Little ended up making the Expos that year and staying up the entire season. By the time he was done, Little had time in five big league campaigns.

Little then used all that knowledge he gained through his determination to continue in the game as a minor league manager, major league coach, scout and instructor.

Little's career in baseball began in 1980, taken by the Expos in the ninth round of the draft out of Texas A&M University.

Little started at short-season Jamestown and single-A West Palm Beach. He made AA Memphis in 1981, then AAA Wichita in 1982.

In an April game, Little knocked in a game-tying tying run in the first then another run later in the game. Little told reporters later he was just trying to move the runner over both times. "But I got something I could pull and it worked out to my advantage," Little told reporters.

Little's major league career then ended with 34 final games in 1986 split between the White Sox and Yankees.

By 1989, Little started his second career as a coach in the minors. He moved to single-A Waterloo, managing there for 1990 and 1991. By 1993, he was a roving minor league instructor for the White Sox.

By 1997, he was back in the majors, as White Sox first base coach. In July 1998 Little was among those marveling at rookie Mike Caruso, as Caruso was hitting .318. He came in third in the Rookie of the Year balloting.

"It really is amazing," Little told The South Florida Sun-Sentinel. "We knew offensively he would be able to hold his own, but we didn't expect this."