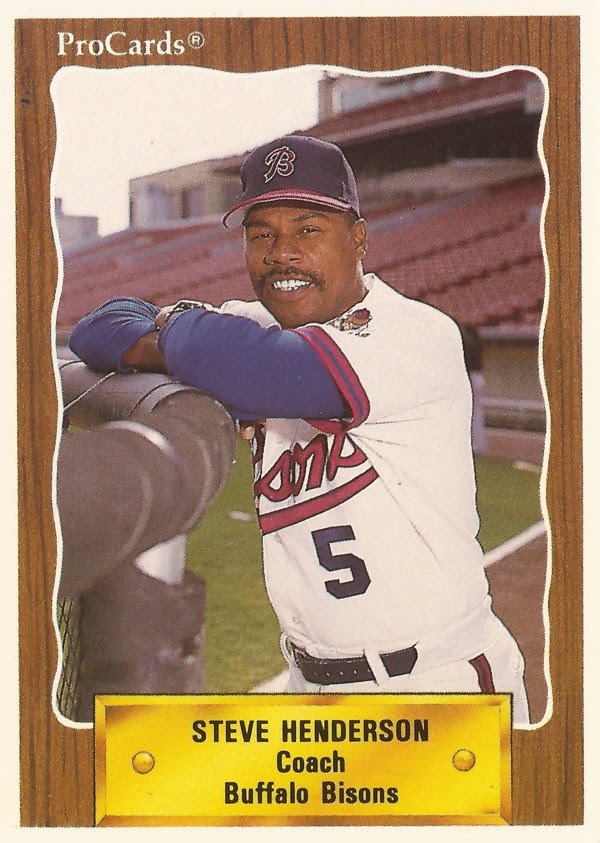 New York Mets rookie Steve Henderson explained to The Associated Press his approach to hitting that July in 1977.

"If they make me look bad on a certain kind of pitch," Henderson told The AP, "I concentrate on that kind of pitch."

The topic came up after Henderson got a second look at a particular Kent Tekulve offering and hit it for a grand slam.

Henderson went on to play in 12 major league seasons. He's since got on to a long career as a coach, both in the minors and in the majors.

Henderson's continuing job in 2014 is to impress his philosophy on hitting on members of the Philadelphia Phillies, Henderson serving as the team's major league hitting coach.

Henderson's long career in baseball began in 1974, taken by the Reds in the fifth round of the draft out of Prairie View A&M University in Texas.

Henderson made AA Trois-Rivieres in 1976, then AAA Indianapolis in 1977. That June, Henderson was sent to the Mets with three others for Tom Seaver. He also made Flushing immediately.

That first year, Henderson got into 99 games for the Mets. He hit .297, with 12 home runs and 65 RBI. He also came in second in the Rookie of the Year balloting.

Henderson stayed with the Mets for four seasons. He stole a career-high 23 bases in 1980, hitting .290, with eight home runs.

Henderson last played in the majors in 1988 with the Astros. He ended with more than 1,000 games played and a career .280 average.

He started his coaching career in 1990 at AAA Buffalo. By 1994, he was back in the majors as hitting coach for Houston. In July 1995, The Los Angeles Times wrote that Henderson worked with new Astros hitter Derek Bell, getting him to keep his focus at the plate, lowering his strike out rate.

"I'm a more patient hitter at the plate this year," Bell told The Times, "but I'm still being aggressive and going after the first good pitch I see."

He moved to the Rays in 1997 as a roving hitting instructor. He stayed with the Rays through 2009, serving as the club's major league hitting coach starting in 2006. In 2008, he helped the team to the World Series.

For 2013, Henderson joined the Phillies as big league hitting coach, a job he continues to hold for 2014.