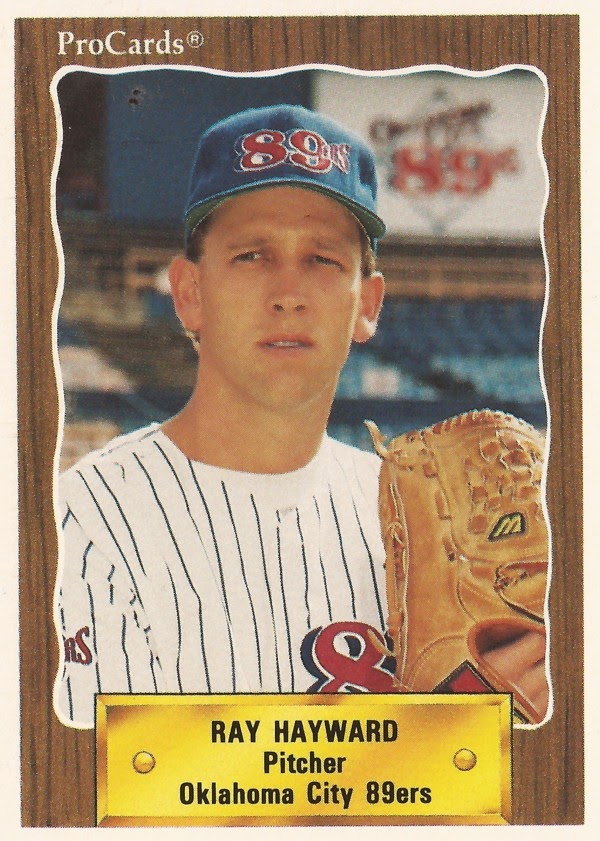 Ray Hayward looked to make the Padres in 1986, his fourth season as a pro. But, he told The Los Angeles Times, he knew it wasn't all up to him.

He had to get healthy and be needed.

"If my arm is well, I'll give it the best shot I can," Hayward told The Times that March. "If not, hopefully I'll get called up some time in the year. This is something you wait for your whole life. You just have to wait your turn. When (the Padres) think you are ready, that's when your turn comes."

Hayward ended up being healthy enough to get called up that year and in each of the next two seasons. He ended up getting a total of 19 major league appearances in those seasons, 15 starts. It was the extent of his big league career.

He has since gone on to another career, as a coach and scout. In 2014, as pitching coach for Texas Tech, Hayward helped his team to its first College World Series appearance.

Hayward's career began in 1983, taken by the Padres in the first round of the draft out of the University of Oklahoma.

Hayward came back to be a first-round pick after coming back from a 1982 knee surgery. He injured it the previous September while jogging.

It was in September 1986 that Hayward got his call to San Diego. He got three starts. In 10 innings of work, he gave up 10 earned runs and picked up two losses.

For 1987, Hayward returned to Las Vegas. In June, he was called back to San Diego. Hayward hoped he was there to stay.

"I learned to pitch in Triple-A," Hayward told The Times, referencing his four seasons there. "Now, I've got to learn to pitch here."

Hayward pitched in four games, all in relief. In six innings, he gave up 11 earned. By 1988, Hayward was with the Rangers. He arrived there after two trades, the first one to the Cubs.

Hayward isn't credited as playing anywhere in 1989. He then returned for two more seasons in the minors, played largely at AAA with the Rangers, ending his career.

Hayward soon became a scout for the Tigers. He then returned to Oklahoma as a coach. After returning to scouting duties with the Marlins as Midwest scouting supervisor, Hayward arrived at Texas Tech in 2012. He joined Texas Tech head coach Tim Tadlock.

"Once the opportunity came up and I got with Tim and talked with Tim as far as what he's doing here ... this is a program I feel is on the rise," Hayward told the Lubbock Avalanche-Journal after being hired, "and I can move to Lubbock for that. It’s only six hours away."