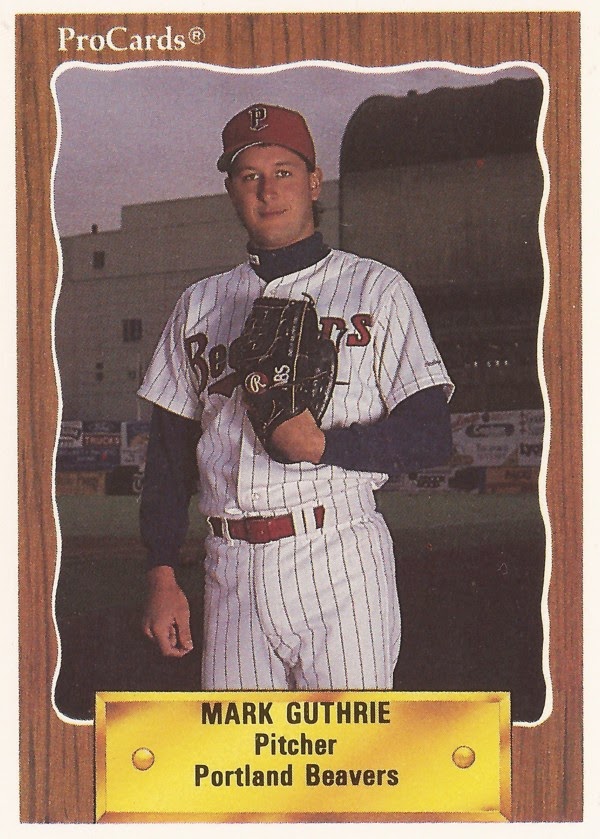 Mark Guthrie pitched into the seventh inning of this August 1989 game, giving up seven hits and three runs. He also pitched well enough for Minnesota to get the win.

It was his first major league win.

"That first major league win is something you always dream of," Guthrie told reporters. "It's great having some success. Hopefully, I can continue to pitch for Minnesota."

By the time he was done, Guthrie had seen time in a total of 765 major league games, striking out 778 major league batters.

Guthrie's career began in 1987, taken by the Twins in the seventh round of the draft, out of Louisiana State University.

He played his first two seasons for the Twins at single-A Visalia. He then made AA Orlando and AAA Portland in 1989. He also made Minnesota that year.

Guthrie continued with the Twins into 1995, when he was traded mid-season to the Dodgers. Still with the Dodgers in 1997, Guthrie told The Associated Press his approach when he moved into the bullpen. He didn't see it as a demotion.

"I looked at it as a chance to help out a good baseball team," Guthrie told The AP. "And I think that's the only attitude you can take."

Guthrie's final year didn't come until 2003, back with the Cubs. He still got into 65 games, after getting into 68 the year before with the Mets.

His career ended in spring 2004 as Guthrie needed shoulder surgery. He rehabbed and returned for spring 2005, but he didn't make it back to the bigs.

After joining the Cubs for what would be his final season, the 37-year-old Guthrie told The Sarasota Herald-Tribune his expectations for the year.