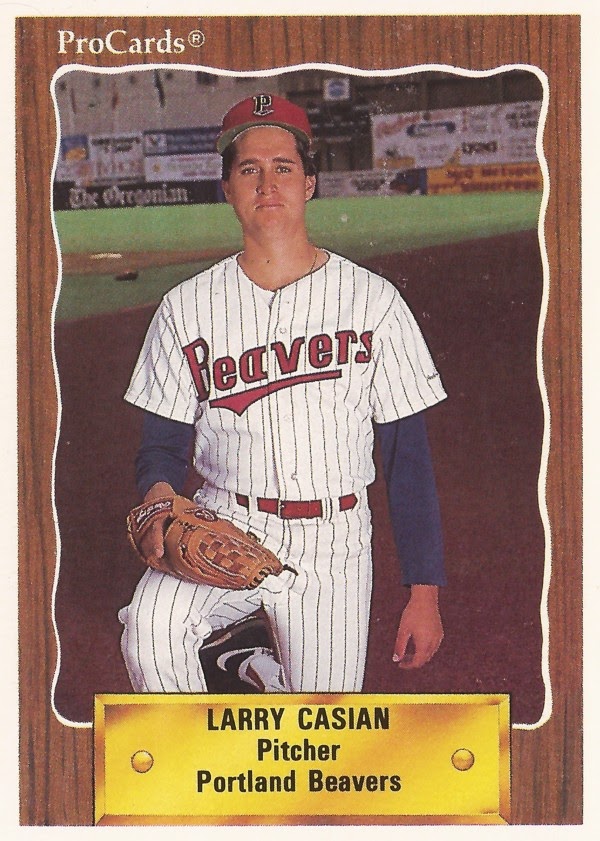 A Cal State Fullerton hurler, Larry Casian worked to get himself noticed. Teammate Mike Harkey was the guy scouts were there to see, according to The Los Angeles Times.

"I had a goal to do the same or better than Mike and I did that all the way through our last year at Fullerton," Casian told The Times in 1991. "It was good to set goals like that and to have someone ahead to push you."

The work paid off, The Times noted, with Casian following Harkey to the major leagues.

It was in the sixth round of the 1987 draft that the Twins snagged the left-hander. Working his way through the Twins system, Casian made AA Orlando and AAA Portland in 1989. He started the next year at Portland, before getting the call-up to Minnesota in September.

He went 2-1 that September, posting a 3.22 ERA. He spoke to The Times as his second season began in April 1991. Casian would pitch in 15 games for the Twins that year, six the next.

Casian's high-water mark came in 1993, appearing in 54 games with a 3.02 ERA. It was in 1994 that Casian was selected off waivers by the Indians. But during his time with the Twins, he spent parts of six seasons at Portland, something that would appear to come in handy later.

Casian would go on to play parts of nine seasons in the majors, for the Twins, Indians, Cubs, Royals and White Sox.

His career over, the Lynwood, Ca., native returned to Oregon, taking a job as pitching coach for Corban College in Salem, becoming the head coach in 2005. In 2006, Casian returned to Portland, becoming an assistant coach for the University of Portland, where he remains for 2014.