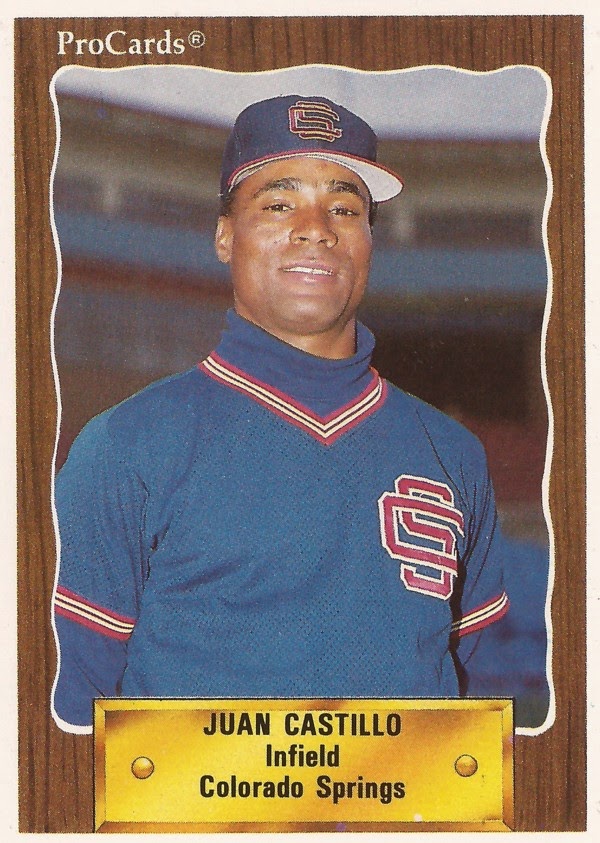 Juan Castillo was just happy to contribute to a win, he told The Associated Press after this April 1987 contest, instead of just shaking hands when the game was done.

He contributed by hitting his first major league home run and hitting an important early single, The AP wrote.

"I found out yesterday I was starting today," Castillo told The AP. "I was happy. I just want to be ready whenever they need me."

Castillo ended up being ready for the Brewers that entire season. He got into 116 games for Milwaukee. By the time he was done, he'd seen time in four major league seasons. He then is credited with continuing his career in Mexico.

Castillo's career began in 1979, signed by the Brewers as a free agent out of his native Dominican Republic.

He hit the field in 1980, playing between rookie Butte and single-A Burlington. He returned to Burlington for 1981.

Going into 1988, The Milwaukee Sentinel wrote that he was slated to be a main fill-in for the team, both in the infield and outfield.

"I feel more comfortable here now," Castillo told The Sentinel. "I have played a full year in the big leagues now and I know I can play here."

Castillo ended up playing in 54 games for the Brewers that year, hitting .222. Castillo's 1989 season was abbreviated, just 16 games spent between Milwaukee and AAA Vancouver. Three of those were in the majors. They were his last.

He moved to the Indians and AAA Colorado Springs for 1990. He didn't see Cleveland. His final games in the minors came in 1991, 13 games back with the Brewers at AAA Denver.