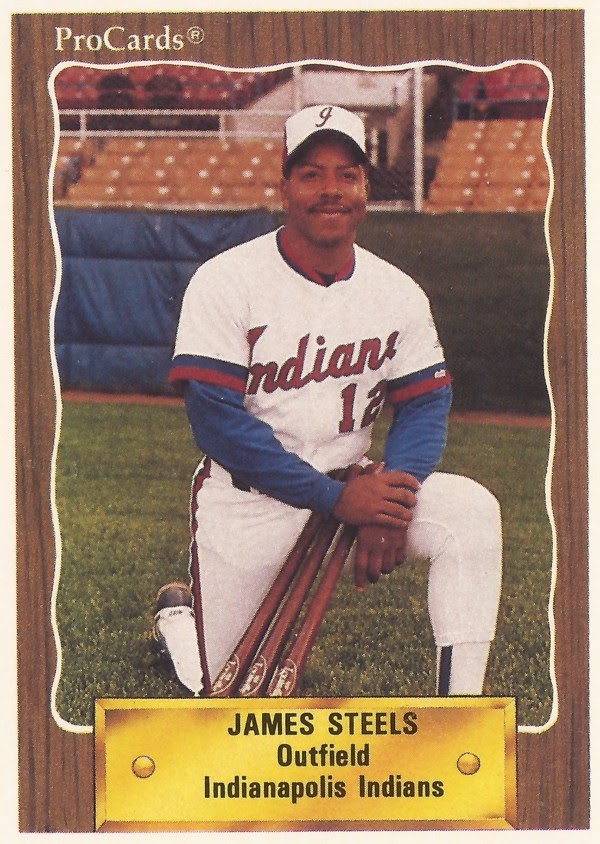 As his major league debut approached, Jim Steels told The Los Angeles Times he was just glad to be there.

He was also just trying to figure out what he should do when he finally got his first major league at bat, he told The Times in April 1987.

"Should I bunt or swing for the downs?" Steels asked The Times. "I don't want to strike out, of course, but--shoot--I just hope I can walk to the plate without dropping my bat."

Steels ended up doing what he didn't want to do: strikeout. He had to wait two more days for his first big league hit.

For Steels, though, big league hits would be hard to come by. In three seasons with time in the majors, Steels got just 24 hits in 133 total at bats.

Steels' career began back in 1979, taken by the Padres in the 8th round of the draft out of Santa Maria High in California.

But Steels couldn't make that last jump to the majors until five years later. He played 1985 and 1986 completely at AAA Las Vegas.

Steels missed out on a call-up in September 1986, The Times wrote. But, going into 187, he had a chance to make the team. Steels didn't care how.

"I like playing center field," Steels told The Times. "It's easier than playing the corners because you can get a read on balls. I wouldn't mind playing left or right, though. I'll play anywhere to make the team."

Steels did make the team, getting into 62 games, but hitting only.191. In mid-April, Steels didn't need a hit, he just needed a walk. He drew that walk, with the bases loaded, tying the game.

Going into 1990, Steels was with the Expos, looking for another stint in the bigs. But it got off to a disappointing start, according to his teammate that year at AAA Indianapolis, Steve Fireovid, wrote that an Expos coach who should have known Steels got his first name wrong, calling him Walter, after he wasn't invited to big league camp.

"We joke about it, but it has to hurt James some," Fireovid wrote in his book "The 26th Man," "He's working as hard as any of the millionaires, and he's an unknown, literally. Walter Steels. That stinks."

Steels played just 71 games at Indianapolis in 1990, without seeing Montreal, ending his career.