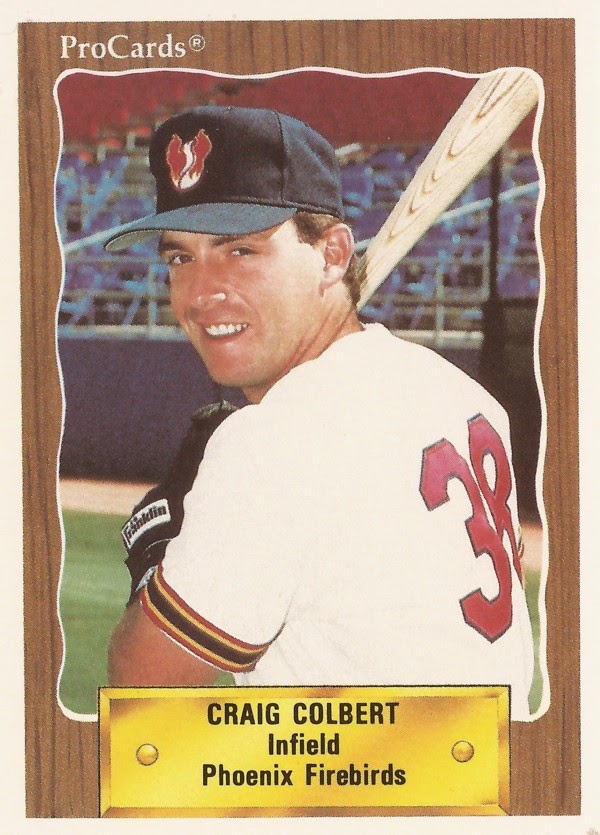 The Padres' top affiliate had a new manager for 2004 in Craig Colbert and the Padres' major league manager Bruce Bochy liked the choice, according to The Portland Tribune.

"He is a former catcher, so I’m biased, but I think he’s a great manager," Bochy told The Tribune of Colbert. "He knows what it's like to play in Triple-A, knocking on the door to the major leagues. He is going to relate well to the players."

Colbert spent time at AAA as a player in parts of nine seasons, making the majors in just two of those years. He managed there with Portland for three seasons, going on to make the majors again, but this time as Padres bench coach.

Colbert, also known by the nickname Dewey Colbert, started his coaching career after a playing career that spanned 13 seasons in all. That playing career began in 1986, taken by the Giants in the 20th round of the draft, out of Oral Roberts University.

Colbert then got to the majors in 1992, debuting with San Francisco out of spring training. He got into 49 games with the Giants that year, hitting .230.

In late July, Colbert helped the Giants to a 4-3 win with a bases-loaded single. In September, he hit a two-run shot, his first home run in the bigs.

Colbert returned to San Francisco for 1993, getting into 23 more games, what would be his final 23 games playing in the majors. He got six hits in 37 at bats.

Colbert hit his second home run that May, another two-run shot, in a Giants win. In June, though, the catcher was suffered an injured rib cage after a home-plate collision. He didn't play again until August and then only getting one more at bat.

Colbert played 1994 at AAA with the Indians. He ended up playing 1995 at AAA with the Padres. By 1996, Colbert had accepted his role as the AAA backup catcher, backing up prospect Sean Mulligan, under manager Jerry Royster, The Las Vegas Sun wrote.

"Coming in, I knew Sean was going to get the majority of the time because he's the prospect here," Colbert told The Sun. "I just try to stay sharp -- Jerry's done a good job of letting me know when I'm going to be playing, so mentally I can get ready to catch the next day."

Colbert is recorded as playing two games for Las Vegas in 1997 and four in 1998, finishing out his playing career. Colbert then immediately began his coaching career, as hitting coach at Las Vegas.

He got his first managerial job in 2000, at single-A Fort Wayne. He then made AAA Portland in 2004, then moved to San Diego in 2007, spending two years there as bench coach. In 2010, Colbert served with the Phillies, as an advance scout.