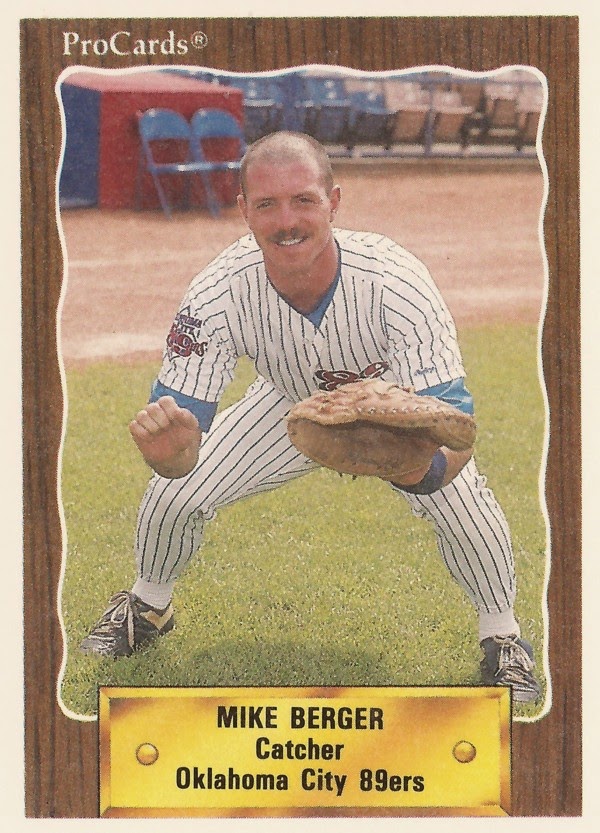 Working his trade was something Berger did for more than a decade. He also did it all in the minors, never getting a shot at the majors. Berger, though, is continued in the baseball trades, serving as a manager, player development director and scout.

Berger's career in the baseball trades began in 1980, taken in the fourth round of the draft by the Pirates. Berger was selected as a catcher out of Pittsburgh's Central Catholic. A batterymate at Central Catholic, Dan Marino, ultimately went in a different direction, to football.

Berger, however, didn't get his first full season in until 1982, due to an inflammation in his catching hand. Then, he moved to first base.

He stayed in single-A through 1984, with Prince William. At Prince William, Berger hit .276 with 36 RBI in 82 games. He missed time in July that season after a car accident.

Going into 1985, Berger was looking forward to spring training and an opportunity to move up. He was also looking ahead and away from his injuries of the past.

"I won't know anything until then," Berger told The Pittsburgh Post-Gazette that January of spring training. "There are no guarantees, but I'll give it my best shot and I'm confident I'll make it."

Berger sound found himself at AA Nashua, hitting .245 for 1985 and .267 on his return to Nashua in 1986. Contributing to his 1985 numbers was a two-month-long slump, The Nashua Telegraph wrote. He broke out in early August with two game-winning hits in three games.

By 1987, though, Berger moved to the Expos system. He played that year at AA Jacksonville and got a look the next year at AAA Indianapolis. By 1989, he was with the Rangers at AAA Oklahoma City.

It'd been almost a decade since he was first drafted. Berger stayed optimistic.

"I wouldn't still be playing if I didn't think I could make it," Berger told The Press in May 1989. "I'd hate to quit and wonder if I could have made it 10 years down the road."

Berger played regularly through 1991, getting brief time in 1992 and 1993, ending his playing career.

Berger moved to the manager's office for 1995, heading the Charleston RiverDogs for a season. He went on to a longtime career as a scout. In 2009, he took the position as the Diamondbacks' director of player development. For 2011, he returned to a scouting role with Arizona. For 2014, he signed on with the Marlins as vice president/assistant general manager.