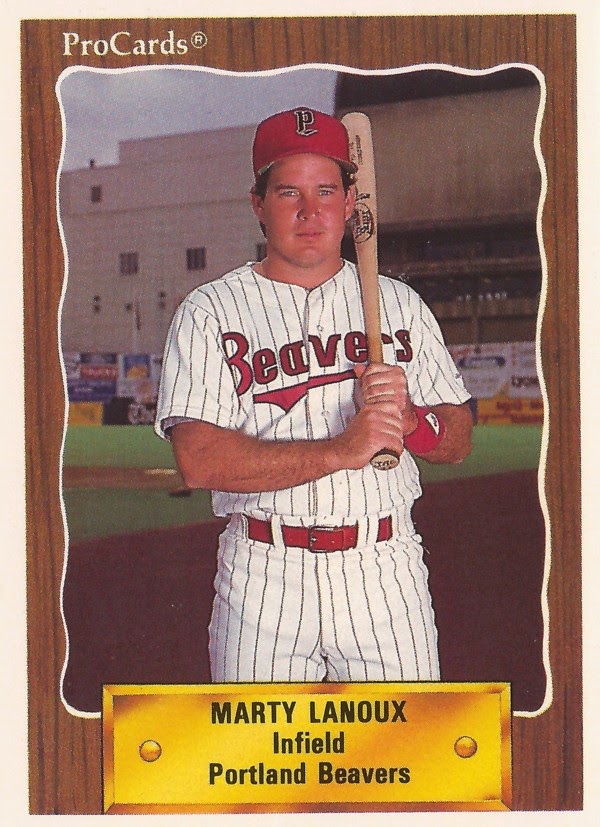 Marty Lanoux' second-half opening performance at Orlando in 1989 drew praise from his manager, Ron Gardenhire, according to The Orlando Sentinel.

That praise came after Lanoux knocked in three on a home run and another hit.

''He's a hitter,'' Gardenhire said of Lanoux to Twins GM Andy MacPhail, according to The Sentinel. "That's a very quick bat he swings. He's been producing big runs for us."

Lanoux ended up hitting .294 for Orlando that year, knocking in 53. But it was his last full season as a pro. He made AAA Portland the next year but he only lasted 28 games. He also never made the majors.

Lanoux' career began in 1985, taken by the Twins in the 13th round of the draft out of Louisiana State University. He went to LSU out of Santa Fe Community College in Florida.

At Sante Fe, Lanoux hit a first-inning grand slam in a March 1984 game. He also pitched some. He had four saves for the team the previous year by the end of March.

"I like throwing in relief - coming in with the bases loaded," Lanoux told The Gainesville Sun in March 1983. "It's fun. I know I've got to do it. If I screw up they score."

Lanoux went on to LSU. There, he hit a home run that proved to be the winning run in an April 1985 game.