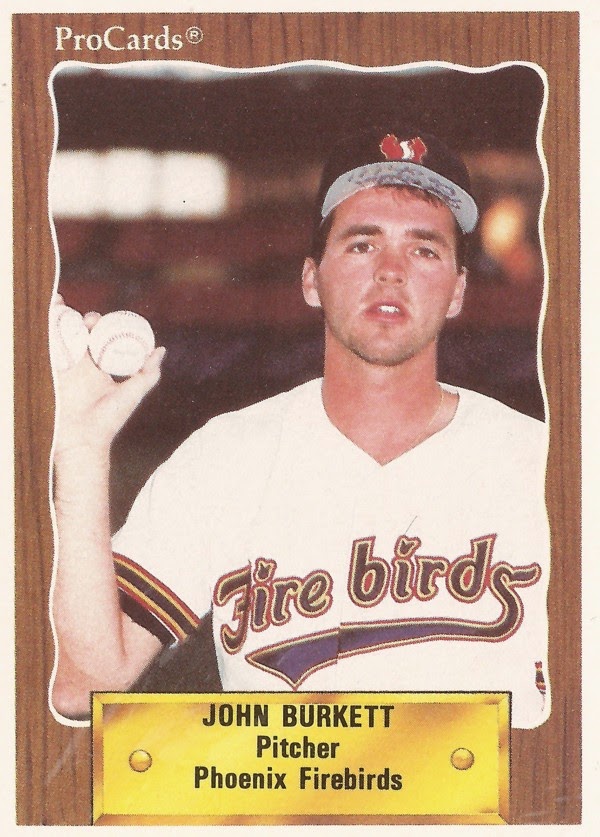 John Burkett became one of the most reliable pitchers in the majors by 1998, his hometown Beaver County Times wrote.

Burkett attributed much of that to his personality, he told The Times.

Burkett was in his 10th season with time in the majors that year. He started at least 30 games in eight of those. He then continued to pitch through 2003, getting two more 30-start campaigns and one with 29.

Burkett's career began in 1983, taken by the Giants in the sixth round of the draft out of Beaver High School in Pennsylvania.

He started in rookie Great Falls. He moved to single-A Clinton in 1984, then AA Shreveport in 1986. Burkett then got his first look at San Francisco in September 1987.

Burkett got into three games in relief for the Giants that year, giving up three earned in six innings of work. He returned to the minors for two more seasons, then returned to the majors for good in 1990.

That May, Burkett returned to his hometown of Pittsburgh for the first time, pitching against the team he rooted for growing up.

"I can't treat it differently, though," Burkett told The Times before the game. "I can't get away from the fact that it's just one game. I've just got to go out and pitch like I normally do."

Burkett stayed with the Giants through 1994. He then moved to the Marlins, picking up another 14 wins in 1995. Going into 1996, Marlins manager Rene Lachemann told The Times about Burkett's durability.

"You can mark him down for a minimum of 200 innings right now," Lachemann told The Times. "He's durable. He takes care of himself and his arm. He always wants the ball. And he's not just giving you innings, he's giving you quality innings. He's not only durable but he's a good pitcher."

Burkett continued to start games with frequency. He won 11 games total in 1996, moving mid-year to the Rangers. Even with his durability, he didn't get double-digit wins again until 2000.

"I think it's just been my ability to execute," Burkett told The Rome News-Tribune that July of his success. "I think that has made a difference this year.  I'm keeping the ball down better and have been more consistent than I ever have, and I'm mixing pitches up and they've all seemed to come together."