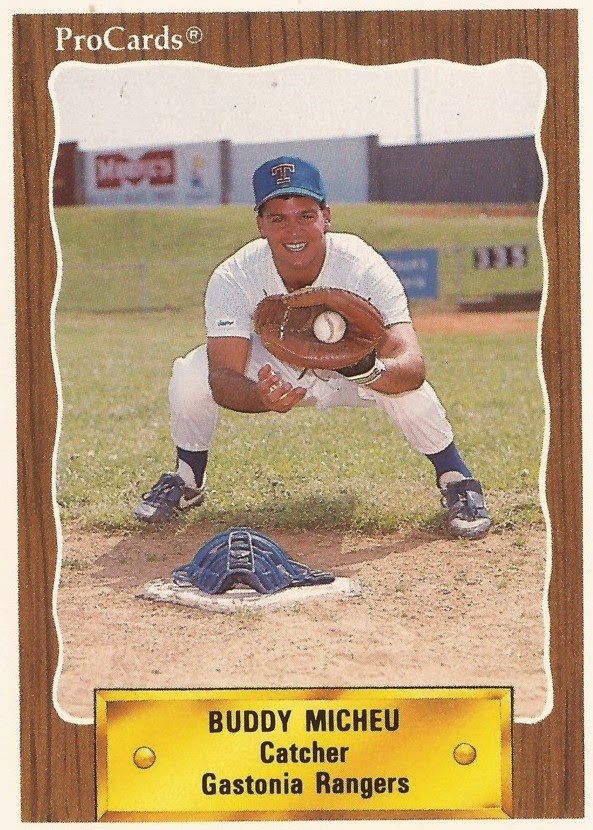 The Albuquerque Journal traveled to New Orleans after Hurricane Katrina and followed a group of officers trying to keep the peace.

"I know you guys have been working 24-7, round the clock, you're tired and you want to see your families," Micheu told his officers before they went out on their sixth consecutive all-night patrol, The Journal wrote. "We're working on finding you guys some time off, really we are."

Micheu has worked for the New Orleans Police Department for more than two decades. Before that, Micheu played baseball, online records show.

Micheu played at both Nicholls State and in the Rangers system. With the Rangers, he could play only two seasons. He briefly made AA, but not the bigs.

Micheu started his baseball career in 1989, signed by the Rangers as an undrafted free agent out of Nicholls State in his home state of Louisiana. Micheu is also known by his nickname, Buddy Micheu.

During the summer, Micheu played collegiate ball in Ohio, with Lima in the Great Lakes Summer Collegiate League.

With the Rangers, Micheu got time his first season at rookie Butte and AA Tulsa. At Butte, he got 15 games, going 12 for 35. At Tulsa, he went 6 for 23, with his first professional home run.