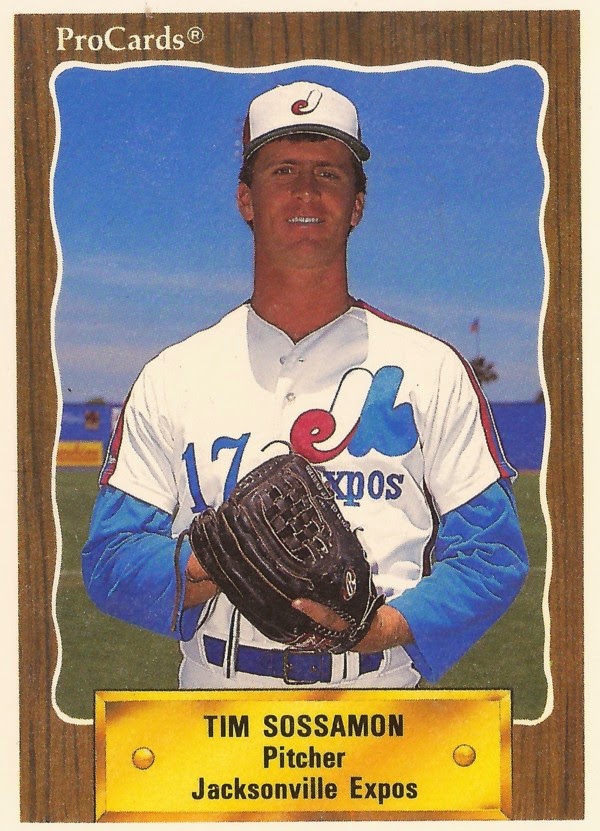 Tim Sossamon entered the seventh inning in this August 1986 start for Bend with a two-run lead. He left it with a one-run deficit, according to The Bend Bulletin.

Sossamon's manager Ed Pebley left Sossaman in to finish the frame, even though Sossaman was faltering. Sossaman eventually got tagged with the loss.

"I thought he had good velocity," Pebley told The Bulletin afterward of keeping Sossamon in the game. "He was getting the curve ball over the plate. He only had thrown 100 pitches."

Sossamon was in his first season as a pro that year with Bend. He eventually got into four more, but he never made it higher than AA.

Sossamon's career began that year in 1986 signed by the Phillies out of Louisiana State University.

He started with the Phillies at short-season Bend. In 18 games, seven starts, Sossamon's ERA hit 7.53. He also recorded a single win to six losses. Sossamon couldn't hold a June ninth-inning lead in relief, picking up his first loss.

Sossamon arrived with the Expos organization for 1989, playing between single-A West Palm Beacn and AA Jacksonville. Between them, he got 30 outings, five starts and a 4.10 ERA.