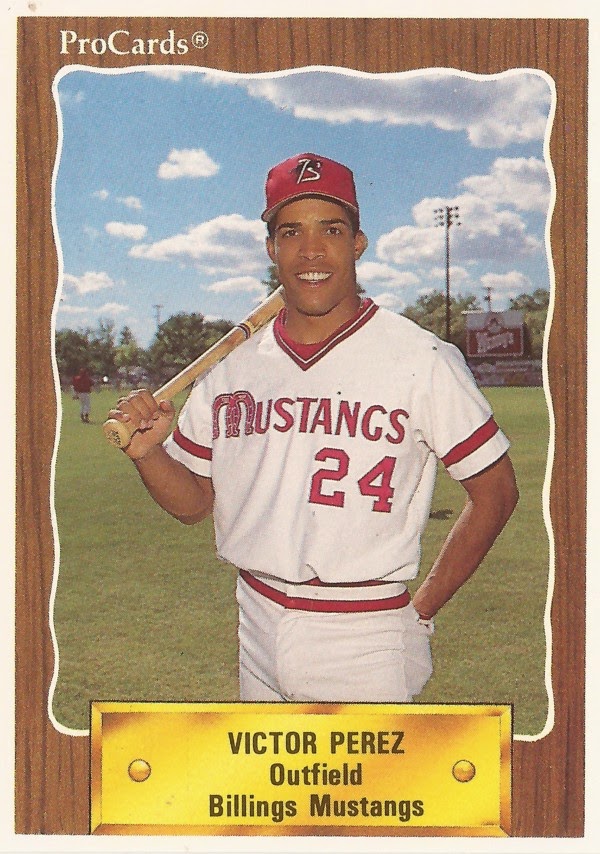 Victor Perez stepped up to the plate and marveled at the situation.

It was June 1990 and Perez was playing for the rookie Billings Mustangs. This was his first professional at bat.

"I remember standing up at that plate and enjoying the moment," Perez told The Greatest 21 Days recently.

The moment was quick. Three pitches came and three pitches passed Perez by. All three were strikes.

"I did not care," Perez said of the quick strikeout. "I was enjoying the moment going up there for the first time. ... That was a feeling I will never forget."

Victor Perez' baseball career ended up being much briefer than his father's. His career lasted just 24 games, 58 total playing appearances.
Victor Perez spoke to The Greatest 21 Days by phone recently from his New York City office. Perez went on from his brief baseball career to a successful career outside the game in real estate and acting.

Perez spoke of growing up in Cincinnati, surrounded by baseball. He told of hanging out with other ballplayers' kids and playing youth ball, with all the expectations that went with it.

Perez told of following his father through his career, to his native Cuba and to Cooperstown as his father was finally inducted into the National Baseball Hall of Fame.

He also told of his own one season as a pro, and the decision to end that career when the numbers didn't materialize.

Perez was born in Cincinnati in 1968, during his father's fifth season in the majors. He was then raised in the city with his brother Eduardo Perez. He also spent the off-season with his family in Puerto Rico, where his father also played.

Growing up, Perez said he didn't really know any better than a life with baseball.
"We were surrounded by baseball all day," Perez said. We'd head to the ballpark with my dad all the time. Because of that, baseball was basically our lives."

"We weren't pushed into it, it was just a matter of growing into it, born with it, as you might say," Perez added.

Part of that baseball life included Perez and his brother playing with the other Reds kids, including Pete Rose Jr. and Ken Griffey Jr.

"It was like our home, and back then that was Riverfront Stadium," Perez said, noting all the other players' kids. "That was our playground. That was our hangout."

One of the people at Riverfront Stadium who made it special, Perez recalled, was Reds clubhouse manager Bernie Stowe.
"He always made us feel special," Perez said. "Bernie Stowe livens up those memories for me."

He recalled later being able to take batting practice with players, when his father returned to the Reds in 1984. They also got to spend more time with the team. "We were out on the field all the time, every day, and we loved it," Perez said.

On the field himself, Perez played Little League, as well as in high school and in college. He also played in unusual places, like the living room.

"My mother would just let us play," Perez said of Pituka Perez, the heart of the family.

In organized ball, Perez recalled being the son of a star major leaguer came with higher expectations. He had to prove himself.
But he ended up having success.

"At first, in the beginning, it was hard," Perez said, "but once you got used to the environment, then your physicality came through. Then it was easy."

In baseball, Perez recalled getting into a groove toward the end, enough for the Reds to offer him a professional contract. He quickly signed.

"Of course it was an honor," Perez recalled of signing that pro contract, "especially to be in with the Cincinnati Reds organization. That was a great honor."

The son of the legendary Cincinnati Red became a Reds minor leaguer.

Go to Part 2 of the Victor Perez interview: Beautiful Moment
Posted by Steve78 at 1:00 PM