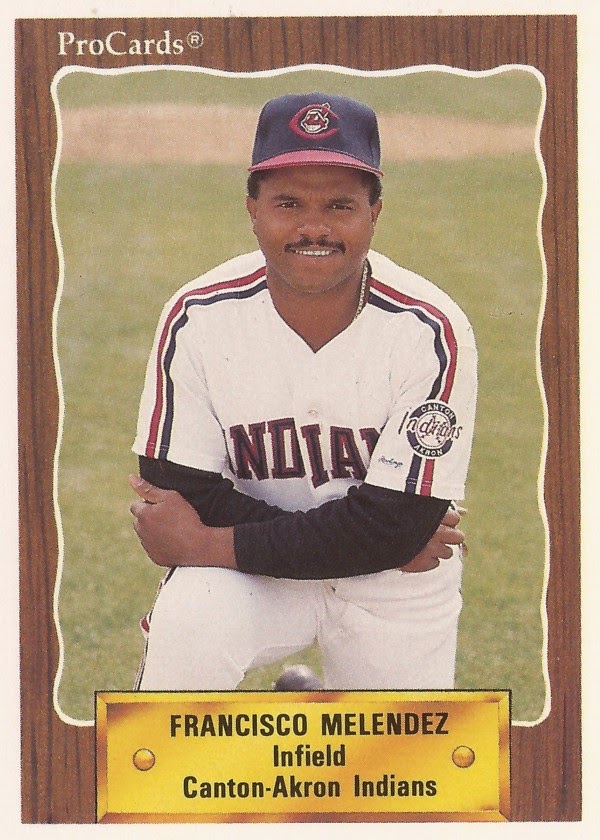 Francisco Melendez started off 1989 slow for the AAA Rochester Red Wings, something that was uncharacteristic of him in his nine seasons as a pro, The Newport News Daily Press wrote.

By July, though, he'd picked up the pace. He also helped Rochester beat Norfolk by picking up three hits, The Daily News wrote.

"He's comfortable at the plate," Rochester manager Greg Biagini told The Daily News afterward. "That's the biggest thing with him. He's always hit no matter where he's been, so we knew he'd hit for us."

Melendez hit previously in four major league seasons, getting time in 65 games for the Phillies and the Giants. Later in 1989, he'd hit his way back to the bigs for nine games with the Orioles, the final nine games of his big league career.

Melendez' career began in 1981, signed by the Phillies as an amateur free agent out of his native Puerto Rico.

Melendez started with the Phillies at single-A Spartanburg and single-A Peninsula. He hit .242 between them, with three home runs. He remained at Peninsula for 1982, his average increasing to .292.

After spending another season back at Portland, Melendez returned to the Phillies for nine games in 1986. He moved to the Giants for 1987, getting 12 games in the bigs that year and 23 with San Francisco in 1988.

Between the two seasons with the Giants, Melendez picked up 10 hits in 42 at bats. In his nine games with the Orioles in 1989, Melendez had three hits in 11 at bats.

Melendez returned to the minors for one more season, playing between AA and AAA with the Indians. He's then credited with rounding out his career with four seasons in Mexico.

Melendez eventually returned to Puerto Rico. He also continued in baseball. In 2011, Melendez was the hitting coach for the Puerto Rico Baseball Academy and High School. One of his students: Carlos Correa.