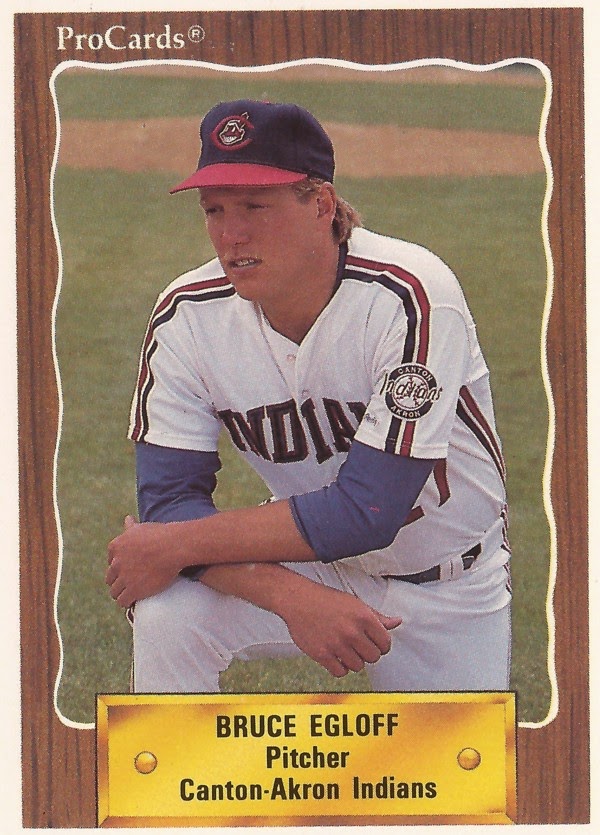 Bruce Egloff made the majors in 1991, getting into six games with the Indians in Cleveland.

In his follow up campaign, Egloff shoulder pain meant a year that started with rehab and ended in surgery, according to The Colorado Springs Gazette.

Egloff returned to the mound in 1993, making it back to AAA. Egloff, though, never made it back to the majors. That 1993 season ended up being his last.

Egloff's career began in 1986, taken by the Indians in the fifth round of the draft out of the University of California, Santa Barbara.

Egloff then missed all of 1988, returning to short-season Watertown for 1989 as a relief pitcher. In 22 relief outings, Egloff posted a 2.59 ERA.

Egloff's season at Canton-Akron earned him a hard look in spring training 1991. That look ended in a roster spot. Egloff got into six games for the Indians in April and May. In 5.2 innings, he gave up three earned runs.

Egloff played the rest of 1991 at AAA Colorado Springs, getting just 15 outings there. Then came his lost season of 1992 and his return in 1993.

Egloff came back with the Angels. He got four rehab outings in the rookie Arizona League and then 12 outings at AAA Vancouver. At Vancouver, he gave up seven earned in 18 innings.