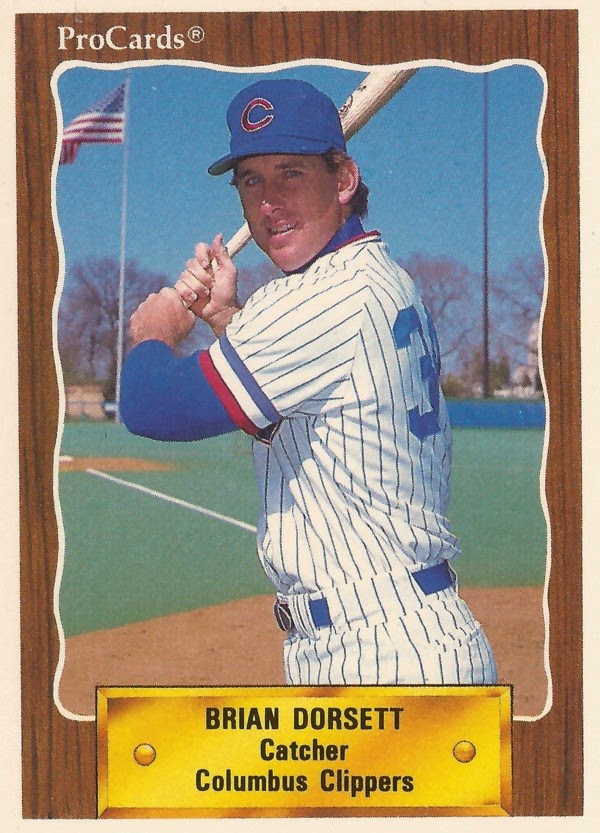 Brian Dorsett saw the light, he told The Pittsburgh Post-Gazette in spring 1992.

That light was an eventual regular spot in the majors. At that point, all Dorsett had seen in 10 years as a pro was 45 major league games, The Post-Gazette wrote.

"You have to believe there's always going to be a light at the end of the tunnel," Dorsett told The Post-Gazette. "If you don't believe that, there's no point in being here."

It took Dorsett a couple more years, but he finally got that regular spot in 1994 with the Reds. He got into 76 games in that strike-shortened year. He also hit a ninth-inning, game-tying grand slam.

Dorsett's career began in 1983, taken by the Athletics in the 10th round of the draft out of Indiana State University.

Dorsett played his first year between short-season Medford and single-A Madison. He moved to single-A Modesto in 1984, where he won two-consecutive games on ninth-inning home runs.

Dorsett got into five games for the Indians that year, picking up three hits in 11 at bats. Dorsett ended  up making the majors each year from 1987 to 1991, but he never got into more than 14 games in any one campaign.

An injury to Reds starting catcher Joe Oliver then finally opened the door for Dorsett in 1994. In 76 games for the Reds, Dorsett hit .245 and had five home runs. One of those home runs was a game-tying, ninth-inning grand slam in May.

"A ninth-inning, bases-loaded homer is a dream come true," Dorsett told The Associated Press after what ended up to be a loss. "It was a real thrill. It'd be a lot sweeter if we'd won."

After that year, Dorsett only returned to the majors one more time, 17 games with the Cubs in 1996. His hopes to return to the Reds for 1995 ended near the end of spring training, as he was sent back to the minors.

"It's tough for Dorsett," Reds manager Davey Johnson told The AP then. "He's done a great job for us for two years. He's a gamer. He hung around a long time to get up here and prove he can play here. He can hold his head high."