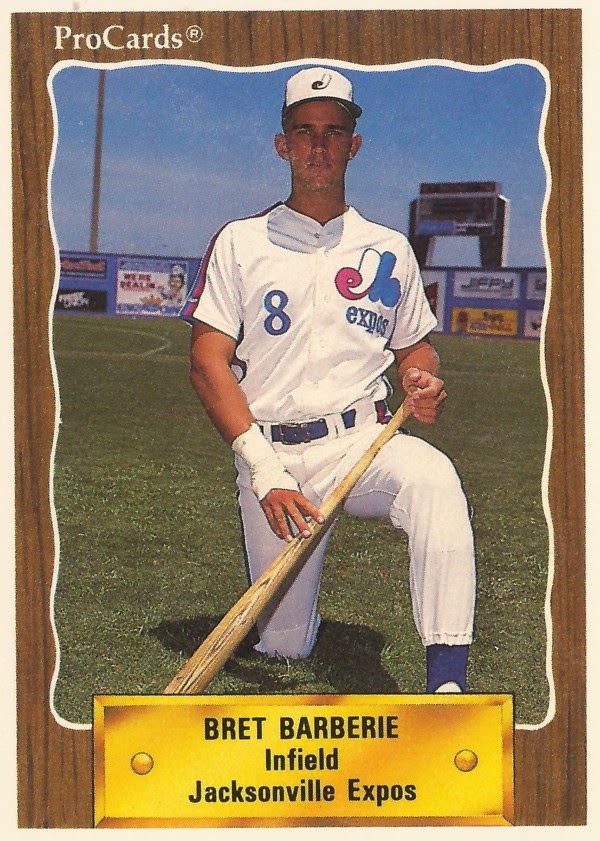 Bret Barberie looked forward to his third season in the majors, not only because he was with a new team, but also because his utility infielder days appeared to be over, he told The Boca Raton News in April 1993.

Barberie played all four infield positions over the previous two years with the Expos. With the Marlins in their inaugural season, Barberie was to be their starting second baseman.

"By trade, I'm a second baseman. My makeup is a scrapper type of middle infielder," Barberie told The News. "It only makes sense if you're playing your natural spot."

Barberie played at his natural spot over the next three seasons, two with the Marlins and one with the Orioles. He ultimately played in six major league seasons, his last coming in 1996 with the Cubs.

Barberie's career began in 1988, taken by the Expos in the seventh round of the draft out of the University of Southern California.

Barberie first hit the field in 1989, after helping the U.S. to the gold medal in the 1988 Olympics. With the Expos, Barberie started with single-A West Palm Beach.

Barberie made AA Jacksonville in 1990, then AAA Indianapolis in 1991. Barberie also made Montreal in 1991.

With the Expos, Barberie hit well. In 57 games, he hit .353, with two home runs and 18 RBI. He also split time between each infield position.

In 1992, Barberie hit .232 over 111 games. In July, Barberie provided the game-winning single in a win that brought Montreal to within two games of the division lead.

For 1993, Barberie moved to the Marlins, taken as the sixth pick in the expansion draft. After winning the starting second baseman job, Barberie wrote himself into Marlins history by picking up the franchise's first hit as he helped his team win its debut.

"It was a big game," Barberie told The AP. "I wanted it as bad as I ever wanted any game. The fans did too. What a way to go."

With that performance, the Orioles went out and traded for him that December. Barberie told The AP he was surprised but happy.

"Any time you get traded to a big league team it means the other team either needs you or wants you," Barberie told The AP, "and it's good to be wanted."