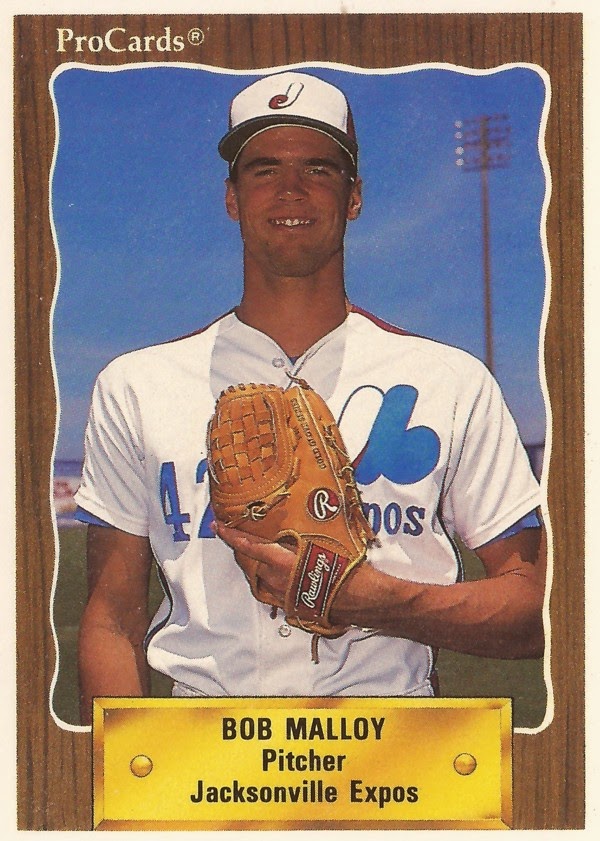 Bob Malloy had some trouble in his major league debut in this May 1987 game, but not enough that opposing manager Sparky Anderson didn't take notice.

"He's a good-looking pitcher," Anderson told The Associated Press afterward. "When you've got stuff like he's got, it don't matter whether you're pitching in Class A or the big leagues."

Days earlier, Malloy had been pitching for the Rangers at Class A Gastonia. He also just had nine professional starts under his belt.

Malloy's stay with Texas lasted one more start. He returned to the majors three years later, getting one outing then. Those three outings marked the extent of his major league career.

Malloy's professional career began in 1986, taken by the Rangers in the 19th round of the draft out of the University of Virginia.

His professional career, though, almost never happened. As a senior at Virginia, a line-drive, come-backer hit him in the leg. The result was a leg broken in three places, his old coach Dennis Womack told to The Virginia Cavalier Daily years later.

"It's great to see him come back from that," Womack told The Cavalier Daily after Malloy was called up to the Expos in 1990.

Then he got the call to Texas. The call came as the Rangers' Bobby Witt had a muscle strain. In 11 innings, Malloy gave up eight earned runs. It was a 6.55 ERA.