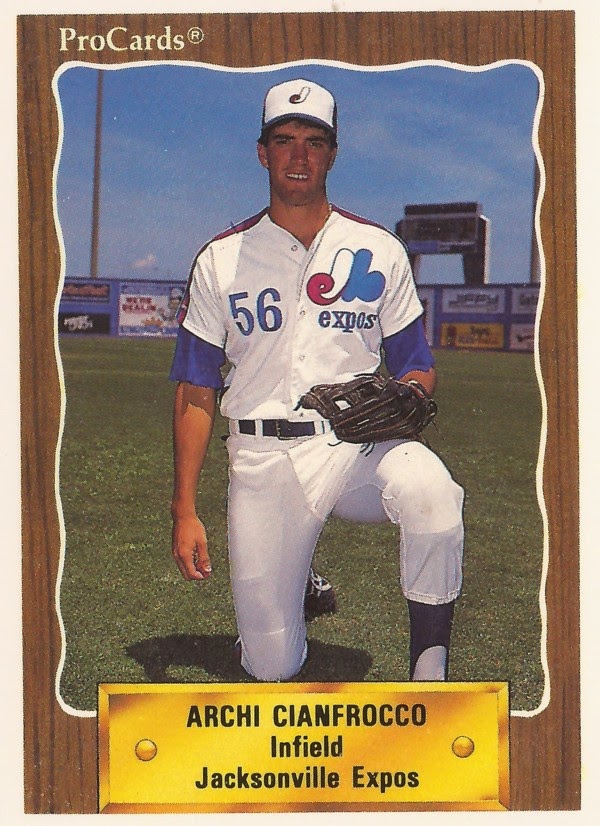 Traded to the Padres mid-season in 1993, Archi Cianfrocco started off in a slump. He then heated up, The Associated Press wrote.

"Once I started getting hits, things began to take their place," Cianfrocco told The AP after helping his Padres to a late-season win with a double. "You get a little bit of confidence and you start feeling comfortable."

Cianfrocco's career began in 1987, taken by the Expos in the fifth round of the draft out of Purdue University. He went to Purdue out of Onondaga Community College in Syracuse and Rome Free Academy in his native Rome, NY.

Cianfrocco started at short-season Jamestown,  hitting .247 in 70 games. He made AA Jacksonville in 1989, staying at that level for three seasons. In 1992, Cianfrocco made the jump to the majors and Montreal.

Cianfrocco played in 86 games for the Expos that year, hitting .241, with six home runs. He got into another 12 games there in 1993, before being traded to the Padres for Tim Scott.

"It seems like I was hitting the ball well (pinch-hitting), I just wasn't getting any hits," Cianfrocco told The AP after going 1 for 19 pinch-hitting. "Tonight I hit the ball off the end, soft, and it kind of fell in."

Cianfrocco continued with the Padres into 1998, playing his final game that September. For 1999, he had a brief stint in Japan with Seibu, ending his career.

In 2012, Cianfrocco was director of sales at Xyratex, a data storage technology firm. He was also watching his son play at Perdue, according to The Utica Observer-Dispatch.

Cianfrocco told The Observer-Dispatch that June about his decision to leave the game for the business world.